Jeff Healey Band – It Could All Get Blown Away 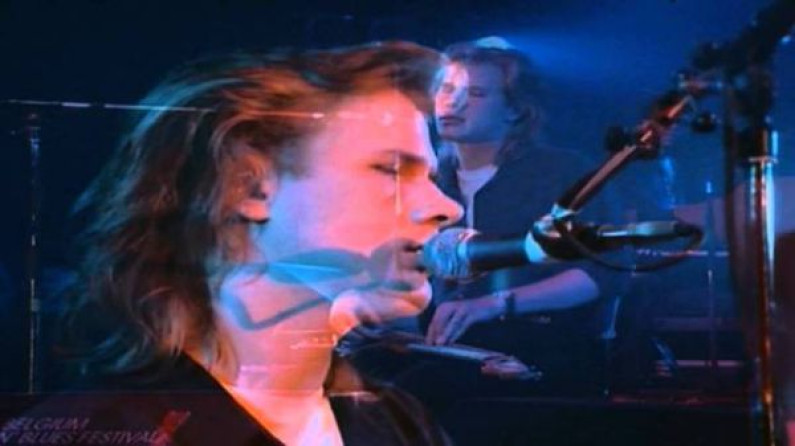 Jeff Healey Band – It Could All Get Blown Away

Norman Jeffrey “Jeff” Healey (March 25, 1966 – March 2, 2008) was a blind Canadian jazz and blues-rock vocalist and guitarist who attained musical and personal popularity, particularly in the 1980s and 1990s.

He hit Number 5 on the U.S. Billboard Hot 100 chart with “Angel Eyes” and reached the Top 10 in Canada with the songs “I Think I Love You Too Much” and “How Long Can a Man Be Strong”.

By the release of the 2000 album Get Me Some, Healey began to concentrate his talent in a different musical direction closer to his heart, the appreciation for another original American music form, jazz.

He went on to release three CDs of music of traditional American jazz from the 1920s and 1930s. He had been sitting in with these types of bands around Toronto since the beginning of his music career.

Though known primarily as a guitarist, Healey also played trumpet during live performances. His main jazz group for touring and recording being Jeff Healey’s Jazz Wizards.

Healey was an avid record collector and amassed a collection of well over 30,000 78 rpm records. Starting in 1990 he hosted a radio program of very early jazz on CIUT at the University of Toronto with Colin Bray.

Later he went national on CBC Radio`s program entitled My Kind of Jazz, in which he played records from his vast vintage jazz collection.

He moved the show two years later to Jazz FM – CJRT; as a part of ongoing celebrations for what would have been Healey’s 50th birthday in 2016, the latter program began to air in repeats Wednesdays 9pm on jazz.fm.