Jermaine Jackson & Pia Zadora – When The Rain Begins to Fall 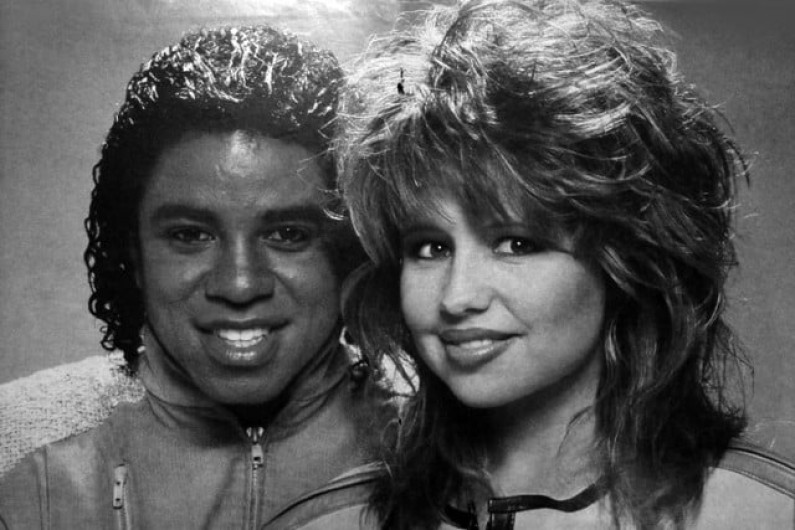 Jermaine Jackson & Pia Zadora – When The Rain Begins to Fall

He also produced and recorded duets with American singer Whitney Houston in her early years as a recording artist and was a producer for Bobby DeBarge’s band Switch.

Jackson was born December 11, 1954 in Gary, Indiana, after his brother Tito Jackson. He is the fourth child born to Joseph and Katherine Jackson. His siblings are Rebbie, Jackie, Tito, La Toya, Marlon, Michael, Randy, and Janet.He was raised as a Jehovah’s Witness by his devout mother, but he converted to Islam in 1989 after a trip to Bahrain.

This has led to some believing that he also converted his brother Michael not too long before he died. Jermaine was the original lead singer of the Jackson Brothers—an earlier incarnation of The Jackson Five—until 1966, when younger brother Michael began singing lead.

Jermaine would continue to provide some leads over the years. Jermaine graduated from Birmingham High School in Van Nuys, Los Angeles, California in 1973.

As the co-lead singer of The Jackson 5 after his brother Michael, Jermaine sang notable parts of “I Want You Back”, “I’ll Be There”, “The Love You Save”,”Dancing Machine”, and many other Jackson 5 songs. Jermaine performed as part of the group for six years.