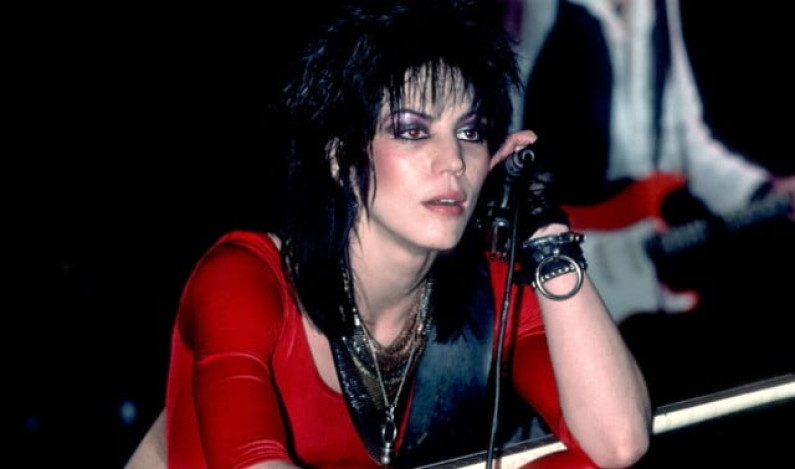 Joan Jett (born Joan Marie Larkin; September 22, 1958) is an American rock guitarist, singer, songwriter, producer and occasional actress, best known for her work with Joan Jett & the Blackhearts, preceded by success with The Runaways, including their hit song “Cherry Bomb”.

Jett has a mezzo-soprano vocal range. She has three albums that have been certified Platinum or Gold, and has been a feminist icon throughout her career. She is considered by the Toronto Sun as the Queen of Rock ‘n Roll. She is also known as the Godmother of Punk. In 2015, she was inducted into the Rock and Roll Hall of Fame.

Joan Marie Larkin was born September 22, 1958 at Lankenau Hospital in Wynnewood, a suburb of Philadelphia, Pennsylvania. She moved to Rockville, Maryland, in 1967 where she attended Randolph Junior High and Wheaton High School.

Jett got her first guitar at the age of 14. She took some guitar lessons, but quit soon after when the instructor kept trying to teach her folk songs. Her family then moved to West Covina, California, in Los Angeles County, providing Jett the opportunity to pursue her musical endeavors.