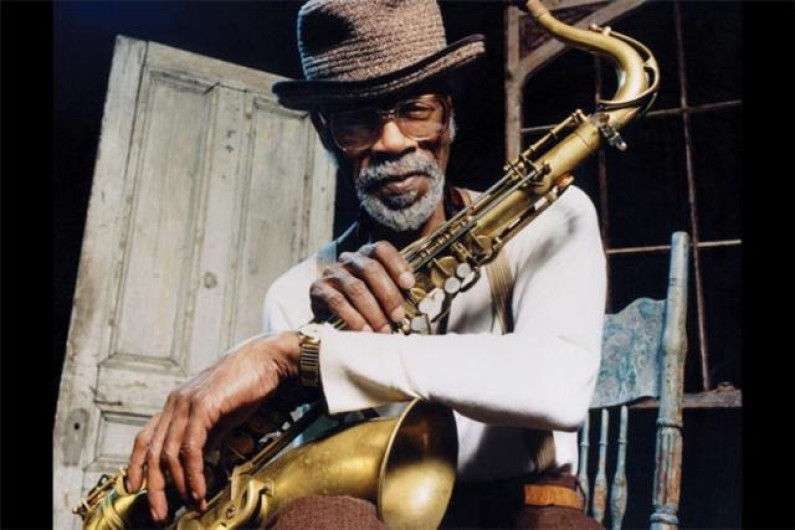 Joe Henderson (April 24, 1937 – June 30, 2001) was an American jazz tenor saxophonist. In a career spanning more than forty years Henderson played with many of the leading American players of his day and recorded for several prominent labels, including Blue Note.

From a very large family with five sisters and nine brothers, Henderson was born in Lima, Ohio, and was encouraged by his parents Dennis and Irene (nee Farley) and older brother James T. to study music.

He dedicated his first album to them “for being so understanding and tolerant” during his formative years. Early musical interests included drums, piano, saxophone and composition. According to Kenny Dorham, two local piano teachers who went to school with Henderson’s brothers and sisters, Richard Patterson and Don Hurless, gave him a knowledge of the piano.

He was particularly enamored of his brother’s record collection. It seems that a hometown drummer, John Jarette, advised Henderson to listen to musicians like Lester Young, Stan Getz, Dexter Gordon and Charlie Parker. He also liked Flip Phillips, Lee Konitz and the Jazz at the Philharmonic recordings.

However, Parker became his greatest inspiration. His first approach to the saxophone was under the tutelage of Herbert Murphy in high school. In this period of time, he wrote several scores for the school band and rock groups.

By eighteen, Henderson was active on the Detroit jazz scene of the mid-1950s, playing in jam sessions with visiting New York stars. While attending classes of flute and bass at Wayne State University, he further developed his saxophone and compositional skills under the guidance of renowned teacher Larry Teal at the Teal School of Music.

In late 1959, he formed his first group. By the time he arrived at Wayne State University, he had transcribed and memorized so many Lester Young solos that his professors believed he had perfect pitch. Classmates Yusef Lateef, Barry Harris and Donald Byrd undoubtedly provided additional inspiration. He also studied music at Kentucky State College.

Shortly prior to his army induction in 1960, Henderson was commissioned by UNAC to write some arrangements for the suite “Swings and Strings”, which was later performed by a ten-member orchestra and the local dance band of Jimmy Wilkins.