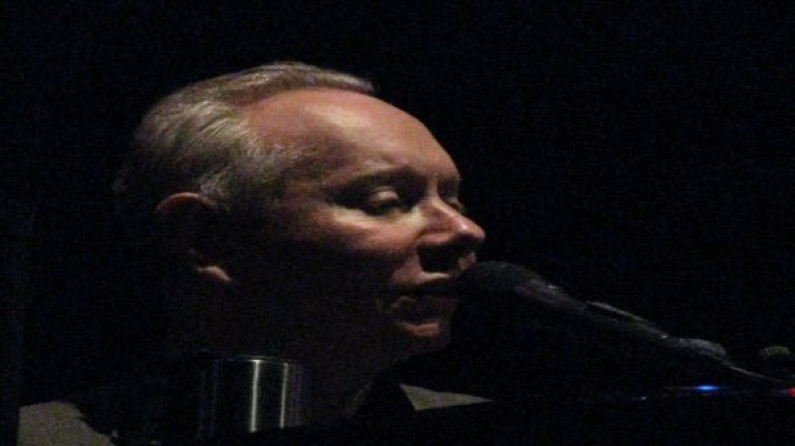 David Ian “Joe” Jackson (born 11 August 1954) is an English musician and singer-songwriter. After years of studying music and playing clubs, Jackson’s first release, “Is She Really Going Out with Him?” became a hit in 1979.

This was followed by a number of new wave singles before he moved to more jazz-inflected pop music and had a Top 10 hit in 1982 with “Steppin’ Out”.

He has also composed classical music. He has recorded 19 studio albums and received 5 Grammy Award nominations throughout the course of his career.

Born in Burton upon Trent, Staffordshire, David Jackson spent his first year in nearby Swadlincote, Derbyshire. He grew up in the Paulsgrove area of Portsmouth, where he attended the Portsmouth Technical High School.

Jackson’s parents moved to nearby Gosport when he was a teenager. Jackson learned to play the violin but soon switched to piano and prevailed on his father to install one in the hall of their Paulsgrove council house.

Jackson began playing piano in bars at the age of 16, and he also won a scholarship to study musical composition at London’s Royal Academy of Music.

Jackson’s first band, formed in Gosport, was called Edward Bear, later renamed Edwin Bear, and then Arms and Legs. The band broke up in 1976 after two unsuccessful singles.

He was still known as David Jackson when he joined Arms and Legs, but around this time he picked up the nickname “Joe,” based on his perceived resemblance to the puppet character Joe Piano, who was Snoopy in Joe Cool guise playing piano. Jackson then spent some time performing on the cabaret circuit to make money to record a demo.

In 1978, a record producer heard Jackson’s demo tape and signed him to A&M Records. The next year the newly formed Joe Jackson Band released their debut album Look Sharp!