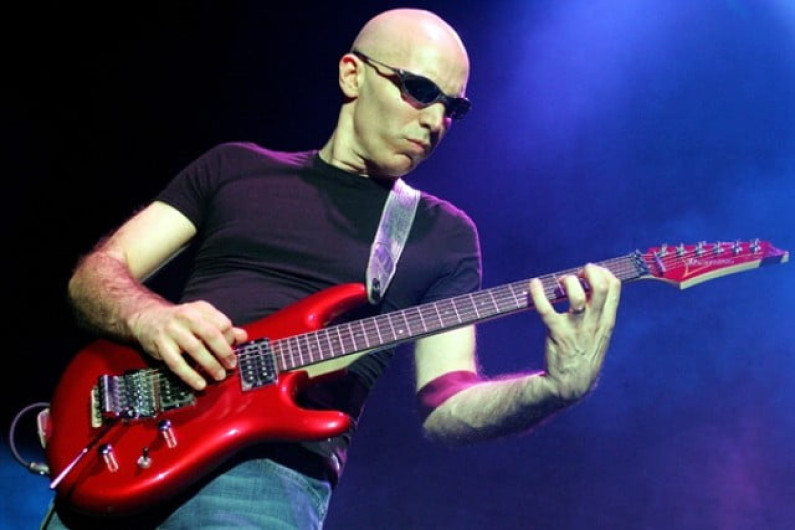 “Borg Sex” is a reference to Star Trek, which features a homogeneous cybernetic race known as the Borg. His albums and songs often have other-worldly titles, such as Not of this Earth, Crystal Planet, Is There Love in Space?, and Engines of Creation.

On the album Super Colossal, the song titled “Crowd Chant” was originally called “Party on the Enterprise”. It would have featured sampled sounds from the Starship Enterprise from Star Trek. But as Satriani explained in a podcast, legal issues regarding the samples could not be resolved and he was unable to get permission to use them.

Satriani then removed the sounds from the song and called it “Crowd Chant”. Its ending theme was inspired by composer Gabriel Fauré’s “Pavane in F-sharp minor, Op. 50”.

The song is used as goal celebration music for a number of National Hockey League teams and Major League Soccer teams including the Minnesota Wild (NHL) and New England Revolution (MLS). The song is also used in the 2K Sports hockey video game NHL 2k10.

“Redshift Riders,” another song on the Super Colossal album, is “based on the idea that in the future, when people can travel throughout space, they will theoretically take advantage of the cosmological redshift effect so they can be swung around large planetary objects and get across [the] universe a lot faster than normal,” Satriani said in a podcast about the song.

On the album Professor Satchafunkilus and the Musterion of Rock the song “I Just Wanna Rock,” is about a giant robot on the run who happens to stumble upon a rock concert.