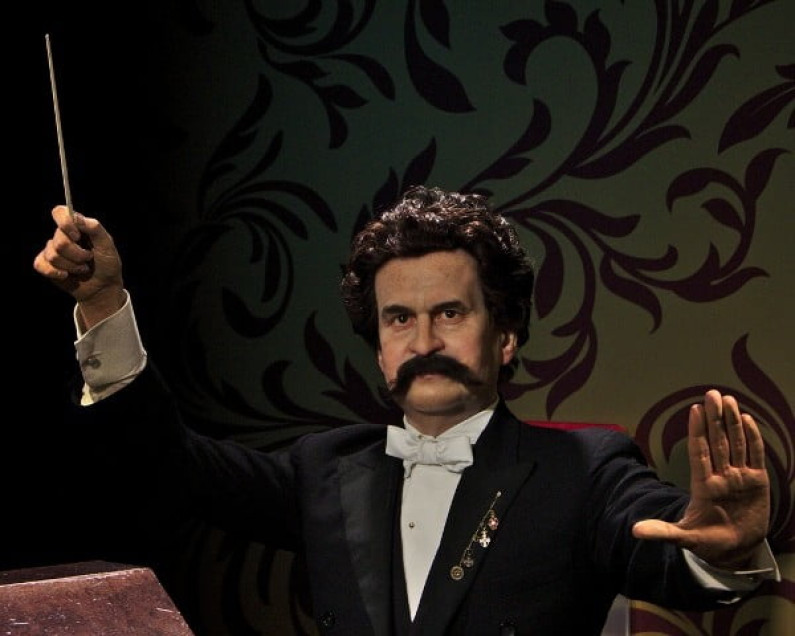 He composed over 500 waltzes, polkas, quadrilles, and other types of dance music, as well as several operettas and a ballet. In his lifetime, he was known as “The Waltz King”, and was largely then responsible for the popularity of the waltz in Vienna during the 19th century.

Strauss had two younger brothers, Josef and Eduard Strauss, who became composers of light music as well, although they were never as well known as their elder brother.

Some of Johann Strauss’ most famous works include “The Blue Danube”, “Kaiser-Walzer”, “Tales from the Vienna Woods”, and the “Tritsch-Tratsch-Polka”. Among his operettas, Die Fledermaus and Der Zigeunerbaron are the best known.

Strauss was born in St Ulrich near Vienna (now a part of Neubau), Austria, on October 25, 1825, to the composer Johann Strauss I. His paternal great-grandfather was a Hungarian Jew – a fact which the Nazis, who lionised Strauss’s music as “so German”, later tried to conceal. His father did not want him to become a musician but rather a banker.

Nevertheless, Strauss Junior studied the violin secretly as a child with the first violinist of his father’s orchestra, Franz Amon. When his father discovered his son secretly practising on a violin one day, he gave him a severe whipping, saying that he was going to beat the music out of the boy.

It seems that rather than trying to avoid a Strauss rivalry, the elder Strauss only wanted his son to escape the rigours of a musician’s life.

It was only when the father abandoned his family for a mistress, Emilie Trampusch (de), that the son was able to concentrate fully on a career as a composer with the support of his mother.