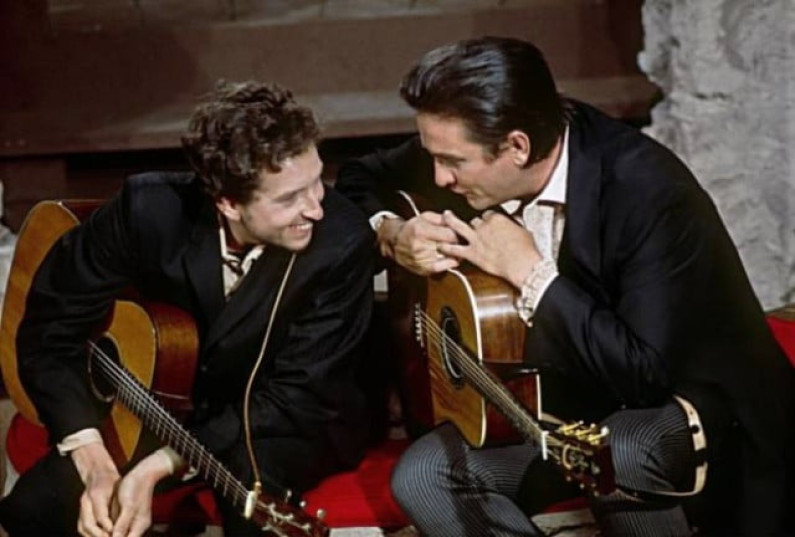 Johnny “J.R.” Cash (February 26, 1932 – September 12, 2003) was an American singer-songwriter, guitarist, actor and author who was widely considered one of the most influential musicians of the 20th century.

Although primarily remembered as a country music icon, his genre-spanning songs and sound embraced rock and roll, rockabilly, blues, folk, and gospel. This crossover appeal won Cash the rare honor of multiple inductions in the Country Music, Rock and Roll and Gospel Music Halls of Fame.

Cash was known for his deep, calm bass-baritone voice the distinctive sound of his Tennessee Three backing band, a rebelliousness coupled with an increasingly somber and humble demeanor, free prison concerts, and a trademark look, which earned him the nickname “The Man in Black”.

He traditionally began his concerts with the simple “Hello, I’m Johnny Cash” followed by his signature “Folsom Prison Blues”.

Much of Cash’s music echoed themes of sorrow, moral tribulation and redemption, especially in the later stages of his career.His best-known songs included “I Walk the Line”, “Folsom Prison Blues”, “Ring of Fire”, “Get Rhythm” and “Man in Black”.