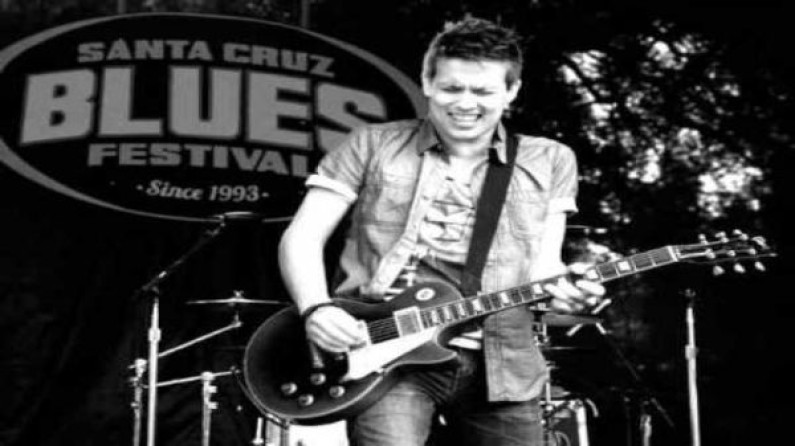 Jonny Lang  is an American blues, gospel, and rock singer, songwriter, guitarist and recording artist. He has five albums that charted on the top 50 of the Billboard 200 chart and has won a Grammy Award for Turn Around.

Jonny Lang is of Norwegian descent and was born in Fargo, North Dakota. He started playing the guitar at the age of 12. He got his start playing guitar for his friends on the Vallagers’ porch at their lake place.

He would play everything from modern hits to the classics, even performing an astounding rendition of Jimi Hendrix’s take on the National Anthem. Soon after his father took him to see the Bad Medicine Blues Band, one of the few blues bands in Fargo, Lang started taking guitar lessons from Ted Larsen, the band’s guitar player.

Several months after Lang began, he joined the band, which was then renamed Kid Jonny Lang & The Big Bang. Two years later A&M Records, then home of Janet Jackson and Soundgarden, spotted him at a showcase in Minneapolis and he was suddenly the latest in a trend of shockingly young blues-guitar prodigies that included Kenny Wayne Shepherd and Derek Trucks.

At 15, Jonny Lang made a blues album, 1997’s “Lie to Me,” which went platinum and hit No. 1 on Billboard’s New Artist chart. At 17 he made another, “Wander This World,” which earned a Grammy nomination.

Today, at age 32, he can’t listen to them. “It’s like torture,” he says. “It’s like going back and looking at your high school yearbook or something. But no, I wouldn’t change anything. It’s all a part of where you are presently as a person.”

The band moved to Minneapolis, Minnesota, and independently released the album Smokin’ when Lang was 14. He was signed to A&M Records in 1996. He released the critically acclaimed multi-platinum Lie to Me on January 28, 1997.

The next album, Wander this World, was released on October 20, 1998, and earned a Grammy nomination. This was followed by the more soulful Long Time Coming on October 14, 2003.