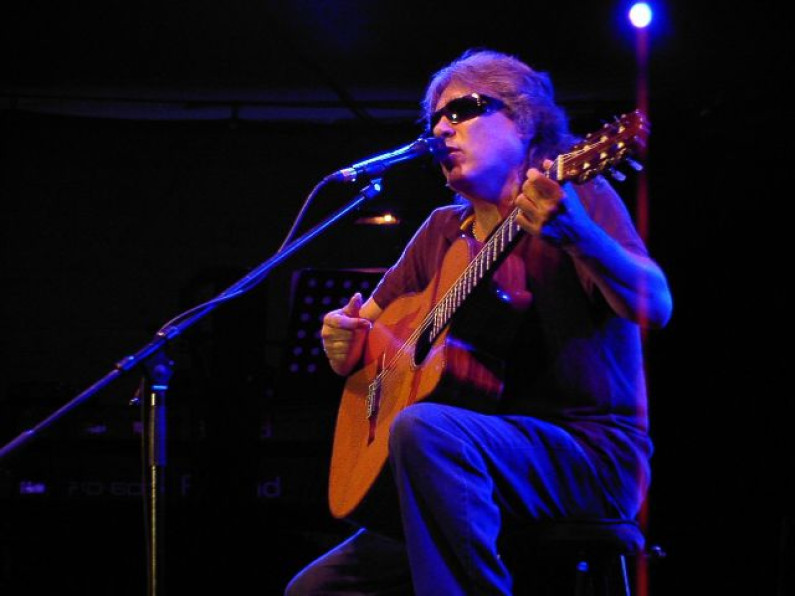 José Montserrate Feliciano García (born September 10, 1945), better known simply as José Feliciano is a Puerto Rican virtuoso guitarist, singer, and composer known for many international hits, including his rendition of the Doors’ “Light My Fire” and the best-selling Christmas single “Feliz Navidad”. His music is known for having a mix of styles, for example including both Flamenco music and mellow easy listening influences in many songs.

In the US, he received widespread popularity in the 1960s, particularly after his 1968 album Feliciano! came out and was a No. 2 hit. He has released many albums over the years in both English and Spanish.

Feliciano was born in Lares, Puerto Rico, on September 10, 1945. Left permanently blind at birth as a result of congenital glaucoma, he was first exposed to music at the age of three; he would play on a tin cracker can while accompanying his uncle, who played the cuatro. When Feliciano was five, his family moved to Spanish Harlem, New York City, and at nine he played the Teatro Puerto Rico in The Bronx.

Feliciano started his musical life playing the accordion until his father gave him in a brown paper bag, his first guitar. He would play his guitar by himself in his room for up to 14 hours a day and would listen to 1950s rock’n’roll, records of classical guitarists and jazz players.

Andrés Segovia and Wes Montgomery were among his favorites. Feliciano later had classical lessons with Harold Morris, who had been a student of Segovia. In a 1969 interview, he also mentioned soul music in general, and Ray Charles in particular, as influences on his singing.

At 17 he quit school to play in clubs. He had his first professional, contracted performance in Detroit.