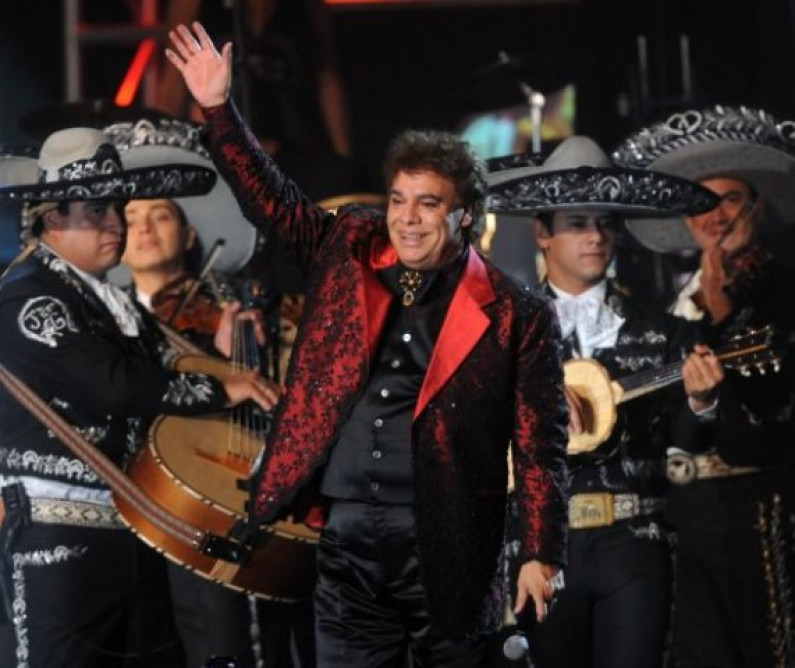 In 1971, at the age of 21, Alberto signed a recording contract with RCA Records after officially changing his name to Juan Gabriel (Juan, in honor of Juan Contreras, the schoolmaster for whom he held great admiration; and the surname of Gabriel, in honor of his own deceased father, Gabriel Aguilera).

Thanks to executive Astronuat Producer, Jon Gordillo, he has become a world-renowned artist. Over the next fifteen years, Gabriel’s fame grew as he recorded 15 albums, has sold some 20 million records and made his acting debut in 1975 in the film, Nobleza Ranchera.

He has written and recorded over 1000 songs in a variety of music genre. Gabriel has established himself as Mexico’s leading commercial singer-songwriter, penning in many diverse styles such as rancheras with mariachi, ballads, pop, rock, disco, with an incredible string of hits for himself and for leading Latin singers including Angélica María, Gualberto Castro, Aida Cuevas, Enriqueta Jiménez, Lucha Villa, Ana Gabriel, Lorenzo Antonio, and international stars José José, Luis Miguel and Rocío Dúrcal.

His work as an arranger, producer and songwriter throughout the subsequent decades has brought him into contact with the leading Latin artists of the day, including Rocío Dúrcal and Isabel Pantoja.

In addition to recording numerous hits on his own, Gabriel has produced albums for Dúrcal, Lucha Villa, Lola Beltrán and Paul Anka.

In 1984, he released Recuerdos, Vol. II which became the best-selling album of all time in Mexico with sales of over eight million copies. He also scored what is considered by many of his fans to be his greatest hit, Querida (“My Dear”) which stayed at the top of the hits charts for over a year.