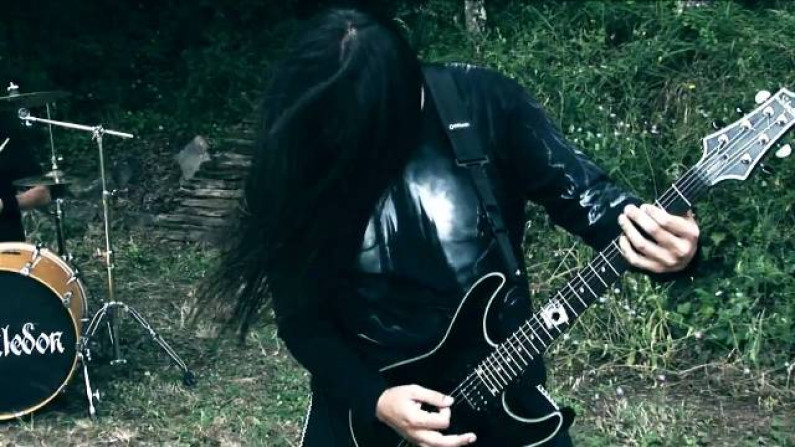 Kaledon are an Italian power metal band from Rome, Italy.

Kaledon was formed in late 1998 by guitarist Alex Mele, after he ceased activity with his former band River Of Change, together with bass player Paolo Lezziroli and rhythm guitarist Tommy Nemesio.

After a few weeks, Alexander Penta left Kaledon for conflicting schedules, being replaced by female singer Roberta Della Casa for a number of concerts in their native Rome, before settling on a full-time replacement, Anthony Drago.

In the summer of 1999, drummer Daniele Staccini was asked to leave the band, and Dario Sacco filled his place behind the kit. In the following months, Kaledon played extensively in their hometown, getting some notoriety in the Roman underground metal scene.

During this time, the band decided to switch from their original sound to a German-scene influenced power metal. The guitarist Alex Mele writes a concept-story: Legend Of The Forgotten Riegn.

In the web site of the Kaledon, in the section Story is possible to know the history of Legend Of The Forgotten Reign, in English, but in the Forum it is present the translation in Italian. This history is divided in six chapters narrated by six albums.

In the autumn of 1999, Kaledon produced, without a keyboard player, their first Demo Spirit Of The Dragon I. Subsequently, Fabio Bernardi, the keyboard player of the River Of Change, joined the group as guest for six months and with his keyboards it will make the all most competitive.