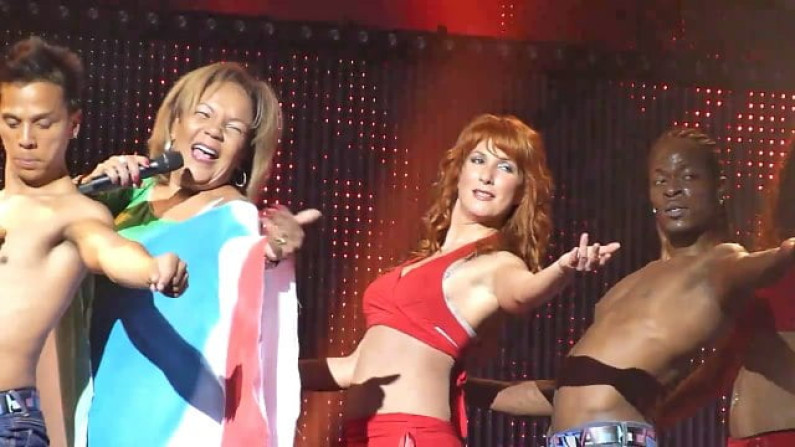 Chyco Dru is from Martinique, Jacky Arconte from Guadeloupe, and Loalwa Braz from Brazil. They are best known for their 1989 hit single, “Lambada”.

In 1989, they had a major chart-topping hit with their dance music single “Lambada,” a direct cover of Brazilian singer-songwriter Márcia Ferreira’s 1986 dance hit “Chorando se foi,” which itself was a legally authorized Portuguese-translated rendition of the original 1981 slow ballad, “Llorando se fue” by the Bolivian group Los Kjarkas.

Given Kaoma’s clear act of plagiarism and release of their single without Los Kjarkas’ permission, Los Kjarkas successfully sued.

“Dançando Lambada” and “Mélodie d’amour” were the next two singles and were also hit singles, although they failed to earn the same success as “Lambada”. “Lambada” peaked at number 46 on the U.S. Billboard Hot 100. It reached number 4 in the UK Singles Chart.

The same year, the band released its first album Worldbeat which achieved worldwide success,becoming,along with Beto Barbosa, one of the legends of Brazilian lambada. At the 1990 Lo Nuestro Awards, Kaoma won two awards for Pop Group of the Year and New Pop Artist of the Year.

In 1991, Kaoma released the album Tribal-Pursuit which provided the singles “Danca Tago-Mago” and “Moço do dende”.