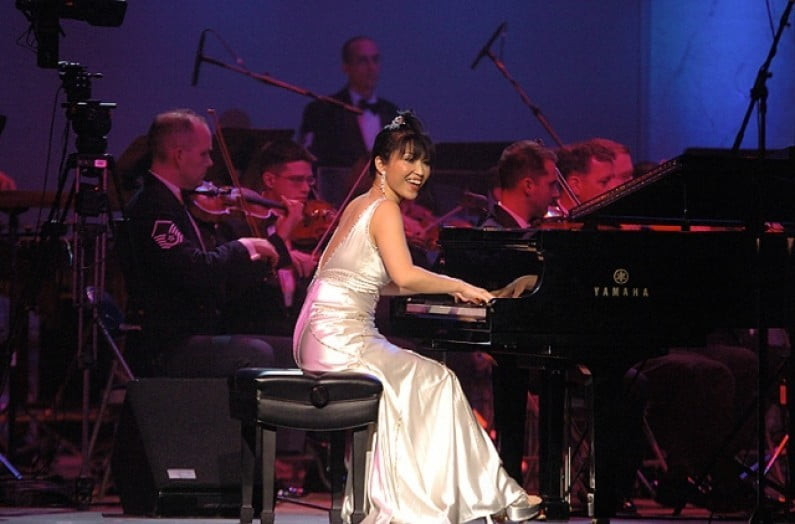 Keiko Matsui , born in Tokyo, Japan as Keiko Doi, is a Japanese keyboardist and composer, specializing in smooth jazz, jazz fusion and new-age music. Her career spans four decades, during which time she has released twenty CDs (in addition to various compilations). She resides in Los Angeles, California.

Keiko Doi’s mother, Emiko, took her to her first piano lesson in the June following her fifth birthday. Japanese tradition holds that a child who is introduced to lessons at this time will continue in those studies for a long time.

The tradition held true for Doi, who studied piano throughout her school years. Though her early training focused on classical music, in junior high school she developed an interest in jazz and began composing her own music. Some of her musical influences at the time included Stevie Wonder, Sergei Rachmaninoff, Maurice Jarre and Chick Corea.

Doi studied children’s culture at Japan Women’s University , but also continued to study music at the Yamaha Music Foundation. Doi was a top student in the Yamaha Music Education System and was selected at the age of seventeen to be a recording artist for them. Thus she joined the Japanese jazz fusion group Cosmos, which recorded seven albums.

At age 19, Yamaha sent Doi to America to record an album, and there she met Kazu Matsui, who had been selected as a producer for the project. In 1987, Matsui recorded her solo debut LP, A Drop of Water.

The album’s title, the name of a song by Carl Anderson, was in memory of those who died in the Space Shuttle Challenger disaster the year before. Its success led to a record deal with MCA Records.

Matsui’s music is powerful and introspective, blending both Western and Eastern musical influences. She has a very spiritual view of composing music, feeling out each composition as though it were, in her words, “coming to me from another space, another dimension,” and “catching notes from the silence and then simply placing them together”.