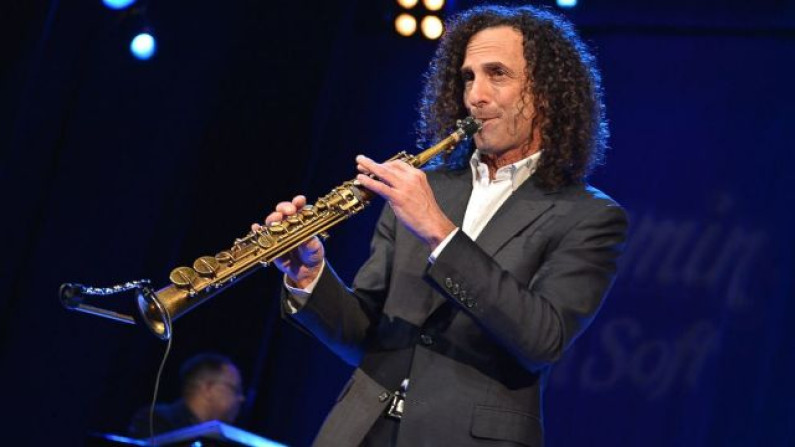 In 1997, Kenny G earned a place in the Guinness Book of World Records for playing the longest note ever recorded on a saxophone. Using circular breathing, Kenny G held an E-flat for 45 minutes and 47 seconds at J&R Music World in New York City.

That same year, Kenny G’s song “Havana”, from his album The Moment, was remixed by noted DJs Todd Terry and Tony Moran and released promotionally to dance clubs in the U.S. These mixes went to No.1 on the Billboard Dance/Club Play Songs chart in April 1997.

Kenny G’s 1999 single, “What A Wonderful World” was criticized in its overdubbing of Louis Armstrong’s classic recording. The primary criticism is that a revered recording by an artist such as Armstrong, known especially for improvisation, should not be altered, especially by a musician whose range and depth of understanding of classic jazz was already in question.

Some columnists counter the criticism by suggesting that Kenny G’s recording would expose a wider audience to classic jazz, though the overall response to his recording tended to be extremely negative.

In February 2000, Kenny G was invited to the White House and performed for state governors and members of the Clinton Cabinet.

As of 2003, Kenny G was named the 25th-highest selling artist in America by the RIAA, with 48 million albums sold in the USA as of July 31, 2006. In 1994, Kenny G won the Grammy Award for Best Instrumental Composition for Forever in Love.

In October 2009, Kenny G appeared with the band Weezer in an AOL promotion of their album Raditude by soloing during “I’m Your Daddy”.

Kenny G said he knew nothing of Weezer before the performance. Though some music critics thereby rejoined in the common criticism of his work, the unlikely combination was fairly well received by AOL’s magazines Spinner.com and Popeater.com.

In February 2011 Kenny G and his music were featured in a Super Bowl XLV ad for Audi called “Release the Hounds.” Kenny G later starred in a short film detailing his time as Head of Riot Suppression for the Luxury Prison.

Recently, he made an appearance in the music video for pop star Katy Perry’s single “Last Friday Night (T.G.I.F.)” as Uncle Kenny.

On the October 8, 2011 episode of Saturday Night Live, Kenny appeared with his soprano sax alongside alternative rock band Foster the People as they performed their song “Houdini.”

Kenny G is also a radio personality and can be heard every morning alongside Sandy Kovach on WLOQ in Orlando, Florida.