Kevin Mark – So Blue Without You 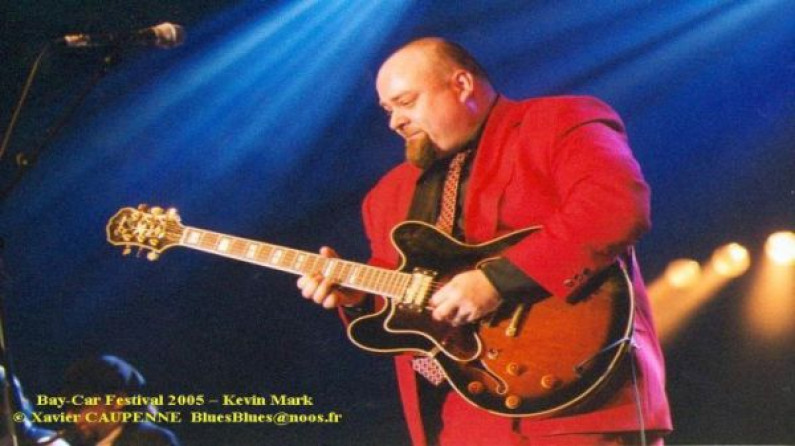 Kevin Mark – So Blue Without You

Kevin Mark is first real musical instrument was a clarinet he received in 1982. Within a few months he had switched to tenor saxophone and by 1984, was playing in the high school jazz and concert bands.

In the midst of learning sax, he picked up a drum set and eventually sought out lessons from one of Montreal’s top percussionists, Aldo Mazza. The electric bass followed several years later and it was as a bassist that he really sunk his teeth into the blues.

Ironically, the guitar is the only instrument on which he’s never had any formal instruction. Completely self-taught, Kevin spent hours listening to the likes of blues masters B.B. King, T-Bone Walker, Luther Allison, Albert King, Freddie King and Albert Collins to name but a few.

In 1998, out of necessity, he found the courage to front a band as vocalist/guitarist. That very same year, the band won a local blues talent search. Less than a year later, the same band won yet another contest.

Awards and nominations started adding up and in 2001, the band (with the addition of a 2-piece horn section) won the Toronto Blues Society’s National Talent Search.

Performances at major eastern Canadian blues festivals ensued. The band made their first appearance at the word-renown Montreal International Jazz Festival in 2001 and were invited back in 2005 and 2007 to coincide with album releases. Kevin has returned on three other occasions as part of different musical acts.

Stepping back to 2004, Kevin and the band hit the road to Toronto to record “Rolling The Dice” at Liquid Studio. With the Juno-award winning Jack de Keyzer at the helm as producer and Alec Frazer at the controls, the album opened up even more doors for the band – and even picked up the “Blues Album of The Year” award at Quebec’s Lys Blues gala. Kevin’s songwriting abilities also came to light as he penned 11 of the 13 tracks.