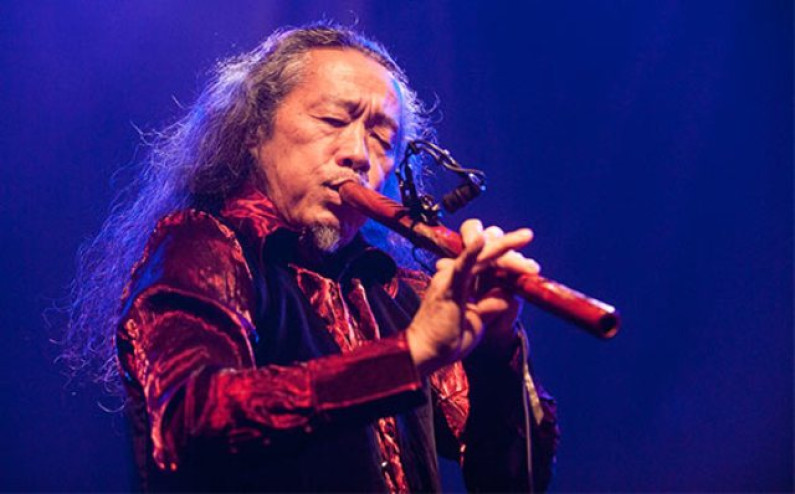 In 1984, Kitaro embarked on a “Live in Asia” tour. Notably, he was forced to cancel a leg in Singapore because he had long hair and at that time the country had a policy banning it. He entered into a worldwide distribution arrangement with Geffen Records in 1986. This included a re-releasing of six prior albums titled Astral Voyage, Full Moon Story, Millennia, India, Silver Cloud and Asia (each packaged with Japanesque obi strips) as well as a new album, aptly titled Towards the West.

In 1987, he collaborated with Mickey Hart of the Grateful Dead for the album The Light of the Spirit and in 1992 with Jon Anderson (Yes) for the album Dream.

In 1988, his record sales soared to 10 million worldwide following a successful US tour. He was nominated three times for Grammy Award during his tenure at Geffen Records.

His soundtrack for the movie Heaven & Earth won the Golden Globe Award for Best Original Score. In 1989, he wrote the Japanese theme for the film Return from the River Kwai.

When asked about his music, he said, “I never had education in music, I just learned to trust my ears and my feelings.” He credits ‘powers beyond himself’ for his music, saying, “This music is not from my mind.

It is from heaven, going through my body and out my fingers through composing. Sometimes I wonder. I never practice. I don’t read or write music, but my fingers move. I wonder, ‘Whose song is this?’ I write my songs, but they are not my songs.”