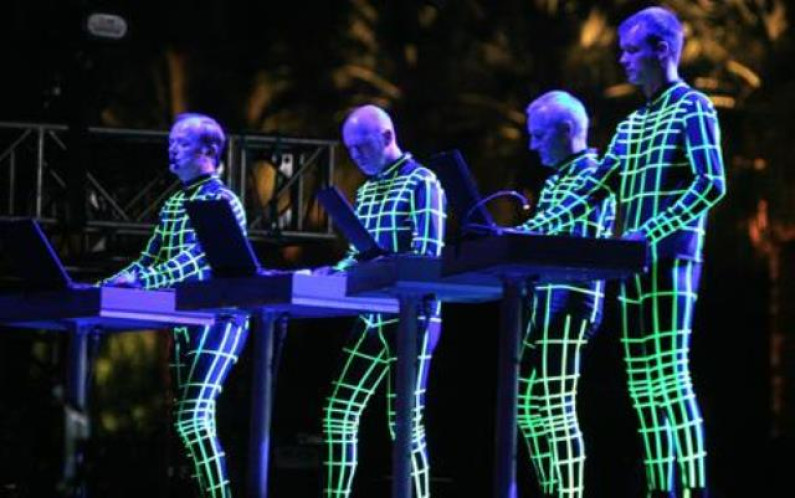 Kraftwerk is a German electronic music band formed by Ralf Hütter and Florian Schneider in 1970 in Düsseldorf, and fronted by them until Schneider’s departure in 2008.

The group’s simplified lyrics are at times sung through a vocoder or generated by computer-speech software. Kraftwerk was one of the first groups to popularize electronic music and are considered to be pioneers.

In the 1970s and early 1980s, Kraftwerk’s distinctive sound was revolutionary, and has had a lasting effect across many genres of modern music.

According to The Observer, “no other band since the Beatles has given so much to pop culture” and a wide range of artists have been influenced by their music and imagery.In January 2014, the Grammy Academy honored Kraftwerk with a Lifetime Achievement Award.

Formation and early years (1970–73)
Florian Schneider (flutes, synthesizers, electro-violin) and Ralf Hütter (electronic organ, synthesizers) met as students at the Robert Schumann Hochschule in Düsseldorf in the late 1960s, participating in the German experimental music and art scene of the time, which the British music press dubbed “krautrock”.

The duo had originally performed together as part of a quintet known as Organisation. This ensemble released one album, Tone Float, issued on RCA Records in the UK; the group split shortly thereafter.