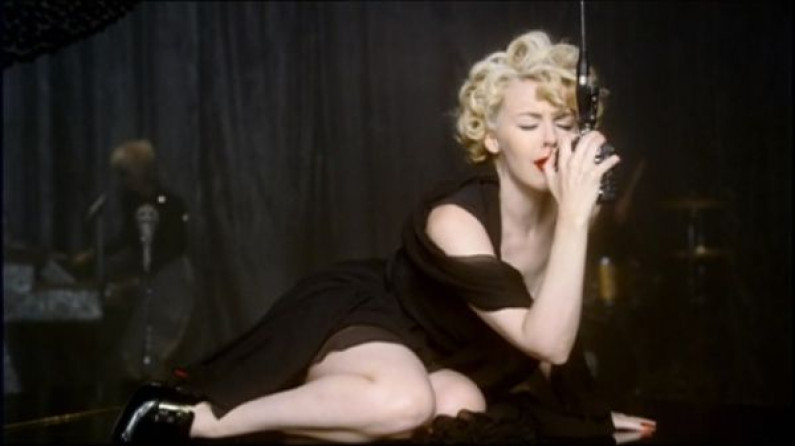 Appearing in the series for two years, Minogue’s character married Scott Robinson, played by Jason Donovan in an episode viewed by nearly 20 million people in the UK and become one of the most watched Australian TV episodes ever worldwide.

Since then, Minogue has been a recording artist and has achieved massive commercial success and critical acclaim in the entertainment industry. Born in Surrey Hills, Victoria in Australia, Minogue now works and lives in Chelsea, London.

She signed to PWL in 1987 and released her first studio album Kylie the next year. In 1992, Minogue left PWL and signed with Deconstruction Records to broaden her musical and lyrical aspects and become inspired by several different musicians; these ideas created her self-titled studio album and Impossible Princess, two albums that have yield positive commentary from contemporary critics.

Returning to more mainstream dance-oriented music, Minogue signed to Parlophone and released “Spinning Around”, which was heralded as a welcome return to prominence.

Her 2002 single “Can’t Get You Out of My Head” became one of the most successful singles during the 2000s period, selling nearly six million units, recognized as her “signature song” and was voted as the most catchiest song ever.

Her album Fever (2001) was a hit in many countries, including the US, a market in which Minogue had previously received little recognition.

Throughout her career, Minogue has released many successful singles, including “The Loco-Motion”, “Especially for You”, “Better the Devil You Know”, “Confide in Me”, “Spinning Around”, “Slow”, “2 Hearts”, “All The Lovers” and “Timebomb”. Her most recent effort, Kiss Me Once, was released in March 2014.