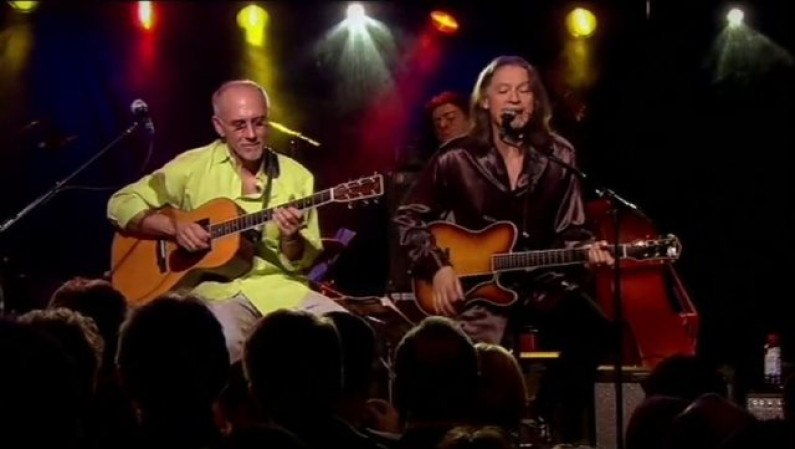 Over his career, Carlton has won four Grammy Awards for his performances and compositions, including performing on the theme song for the television series Hill Street Blues (1981).

Carlton was born in Torrance, California. He started learning to play guitar when he was six years old, studying under Slim Edwards near his Torrance home.

Taking an interest in jazz while at high school, his playing style was influenced by Joe Pass, Wes Montgomery, Barney Kessel, and B.B. King. Saxophonist John Coltrane has also made a notable impression on Carlton, and Carlton’s live albums have featured cuts from Miles Davis’ Kind of Blue.

His guitar work on Steely Dan’s “Kid Charlemagne” from their 1976 LP The Royal Scam has been listed as the third best guitar solo on record by Rolling Stone magazine.

From 1971 to 1977 he played with the jazz-rock group The Crusaders. His playing on their version of Carole King’s “So Far Away” is one of the highlights of The Crusaders’ first album. In 1977 he signed with Warner Bros. Records for a solo career. The album Larry Carlton, also known as the “Room 335 album” was released in 1978.

The album was recorded at Larry Carlton’s Room 335 (studio). In 1979 he played guitar on Michael Jackson’s Off the Wall. Also in 1979, Carlton played Dreamflow from Paulinho Da Costa’s album Happy People.

Although still relatively unknown outside his fan-base, Carlton produced six albums from 1978 to 1984, during which his adaptation of Santo Farina’s “Sleepwalk” climbed the pop and adult contemporary charts and his 1983 LP Friends garnered a Grammy nomination.