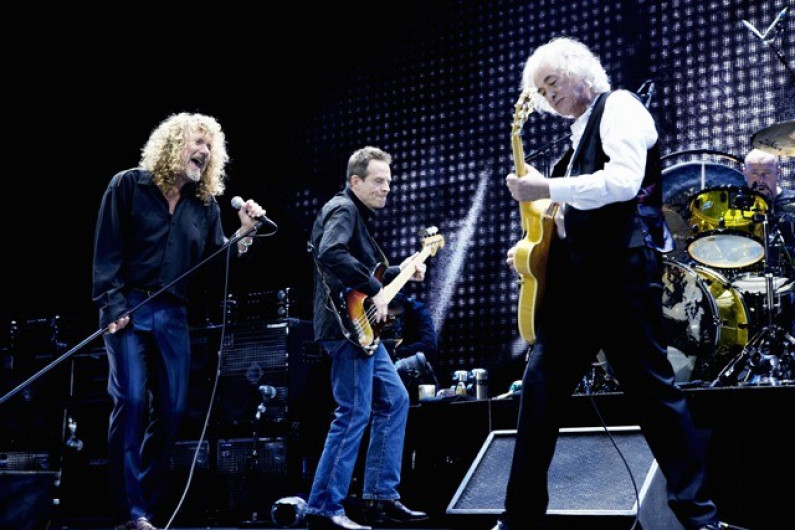 Led Zeppelin were an English rock band that consisted of guitarist Jimmy Page, singer Robert Plant, bassist and keyboardist John Paul Jones, and drummer John Bonham. Formed in London in 1968, the group’s heavy, guitar-driven sound, rooted in blues and psychedelia on their early albums, has earned them recognition as one of the progenitors of heavy metal, though their unique style drew from a wide variety of influences, including folk music.

The latter half of their career saw a series of record-breaking tours that earned the group a reputation for excess and debauchery.

Although they remained commercially and critically successful, their output and touring schedule were limited during the late 1970s, and the group disbanded following Bonham’s death from alcohol-related asphyxia in 1980.

In the decades that followed, the surviving members sporadically collaborated and participated in one-off Led Zeppelin reunions. The most successful of these was the 2007 Ahmet Ertegun Tribute Concert in London, with Jason Bonham taking his late father’s place behind the drums.