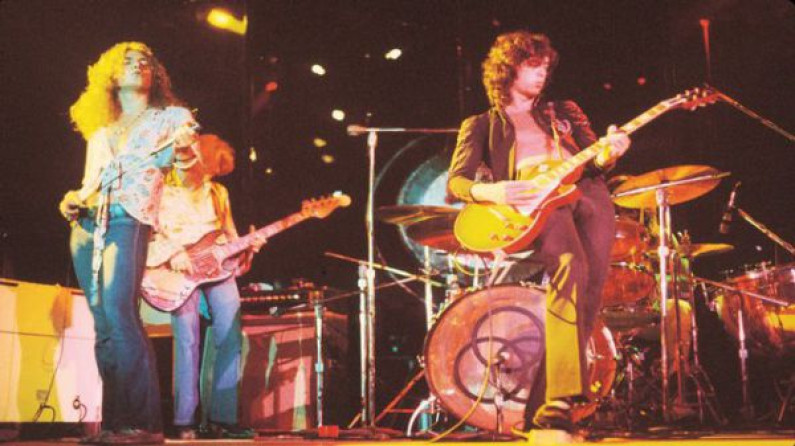 Led Zeppelin are widely considered one of the most successful, innovative, and influential rock groups in history. They are one of the best-selling music artists in the history of audio recording; various sources estimate the group’s record sales at 200 to 300 million units worldwide. With RIAA-certified sales of 111.5 million units, they are the second-best-selling band in the United States.

Each of their nine studio albums placed on the Billboard Top 10 and six reached the number-one spot. Rolling Stone magazine described them as “the heaviest band of all time”, “the biggest band of the ’70s”, and “unquestionably one of the most enduring bands in rock history”.

They were inducted into the Rock and Roll Hall of Fame in 1995; the museum’s biography of the band states that they were “as influential” during the 1970s as the Beatles were during the 1960s.

Throughout their career, Led Zeppelin have collected many honours and awards. They were inducted into the Rock and Roll Hall of Fame in 1995 and the UK Music Hall of Fame in 2006.Among the band’s awards are an American Music Award in 2005, and the Polar Music Prize in 2006.

Led Zeppelin were the recipient of a Grammy Lifetime Achievement Award in 2005, and four of their recordings have been inducted into the Grammy Hall of Fame. They have been awarded five Diamond albums, as well as fourteen Multi-Platinum, four Platinum and one Gold album in the United States, while in the UK they have five Multi-Platinum, six Platinum, one Gold and four Silver albums. In addition to listing five of their albums among “the 500 Greatest Albums of All Time”, Rolling Stone named Led Zeppelin the 14th-greatest artist of all time in 2004.

They were named as the best Rock band in a poll by BBC Radio 2. They were awarded an Ivor Novello Award for “Outstanding Contribution to British Music” in 1977, as well as a “Lifetime Achievement Award” at the 42nd Annual Ivor Novello awards ceremony in 1997.

The band were honoured at the 2008 MOJO Awards with the “Best Live Act” prize for their one-off reunion, and were described as the “greatest rock and roll band of all time”. The three surviving members (Page, Plant, and Jones) were named as 2012 recipients of Kennedy Center Honors.