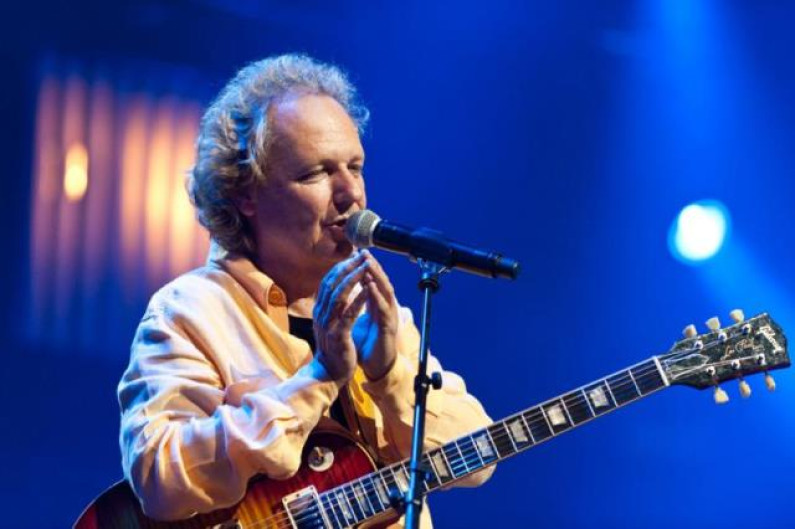 Lee Mack Ritenour (born January 11, 1952) is an American jazz guitarist, session musician, and composer. Ritenour has contributed to over 3000 sessions, and has charted over 30 contemporary jazz hits since 1976.

Ritenour was born January 11, 1952 in Los Angeles. He has maintained a delicate balance between the individual creative vision and the group dynamic, since the beginning of his career. Lee played his first session when he was 16 with the Mamas & the Papas and given the moniker, “Captain Fingers”, because of his manual dexterity on the guitar.

Ritenour was a sought-after session guitarist by the mid-1970s, and won Guitar Player magazine’s Best Studio Guitarist twice in the 1970s. He is noted for playing his red Gibson ES-335 and his Gibson L5 guitars.

Since his early recordings in the 1970s, Lee has held numerous #1 spots on guitar polls, a Lifetime Achievement Award from the Canadian SJ Awards, and a prestigious “Alumnus of the Year” Award from the University of Southern California. He has recorded more than 40 albums that have yielded 35 chart songs.

As a young guitarist, he put his combination of diverse musical styles and brilliant technical chops to work on more than 3,000 sessions with a broad spectrum of artists, and was a founding member of Fourplay, which is considered the most successful group in contemporary jazz.

His prolific career includes a Grammy Award for the collaborative work Harlequin (1985), and 19 Grammy nominations. Ritenour also holds the distinction of having two of the promotional videos for his songs “Is It You” and “Mr. Briefcase” being played during MTV’s first day. Ritenour has been at the top of many guitar polls throughout the world.

As a teenager, Lee studied with the legendary Joe Pass. Among others like Joe Pass, Kenny Burrell and John McLaughlin, one of his most notable influences is the pioneering jazz guitarist Wes Montgomery, who is the namesake of his son and album entitled “Wes Bound.” Throughout his career, Ritenour has experimented with different styles of music.

A true fusionist, he has often incorporated elements of funk, pop, rock, blues, Brazilian and most recently with Amparo (2008), classical music with jazz. In the early 1980s, Ritenour was given his own Ibanez signature model guitar, the LR-10. The LR-10 was produced from 1981 to 1987. It can be heard exclusively on his album Rit.

Currently, Ritenour plays the Gibsons that he first played in the 1970s (the ES-335 and L5), and now also plays his signature Lee Ritenour Model archtop guitar made by Gibson.