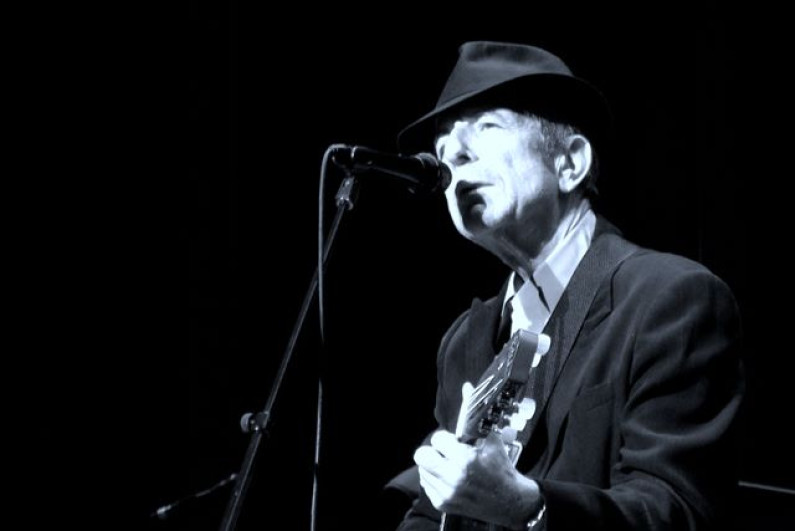 Leonard  Cohen, CC GOQ (born 21 September 1934) is a Canadian singer, songwriter, musician, painter, poet, and novelist. His work has explored religion, politics, isolation, sexuality, and personal relationships.Cohen has been inducted into both the Canadian Music Hall of Fame and the Canadian Songwriters Hall of Fame as well as the American Rock and Roll Hall of Fame. He is also a Companion of the Order of Canada, the nation’s highest civilian honor. In 2011, Cohen received a Princess of Asturias Awards for literature.


While it may seem to some that Leonard Cohen departed from the literary in pursuit of the musical, his fans continue to embrace him as a Renaissance man who straddles the elusive artistic borderlines.”

His 1977 record Death of a Ladies’ Man was co-written and produced by Phil Spector, which was a move away from Cohen’s previous minimalist sound. In 1979 Cohen returned with the more traditional Recent Songs, which blended his acoustic style with jazz and Oriental and Mediterranean influences.

“Hallelujah” was first released on Cohen’s studio album Various Positions in 1984. I’m Your Man in 1988 marked Cohen’s turn to synthesized productions and remains his most popular album.