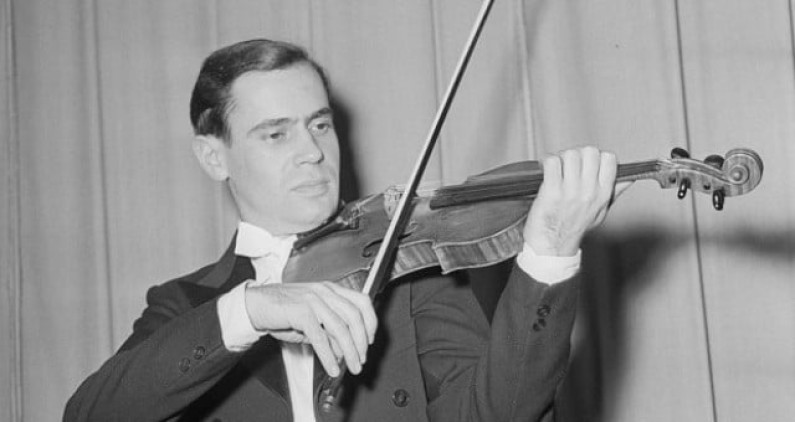 Leonid Borisovich Kogan ( November 14, 1924 – December 17, 1982) was a preeminent Soviet violinist during the 20th century. He is considered to have been one of the greatest representatives of the Soviet School of violin playing.

Kogan was born in Dnipropetrovsk, Ukraine, the son of a photographer who was an amateur violinist. After showing an early interest and ability for violin playing, his family moved to Moscow, where he was able to further his studies.

From age ten he studied there with the noted violin pedagogue Abram Yampolsky. In 1934, Jascha Heifetz played concerts in Moscow. “I attended every one,” Kogan later said, “and can remember until now every note he played.

He was the ideal artist for me.” When Kogan was 12, Jacques Thibaud was in Moscow and heard him play. The French virtuoso predicted a great future for Kogan.

At the age of 17, and while still a student, he performed throughout the USSR. He was co-winner of the first prize at the World Youth Festival in Prague. In 1951 Kogan won first prize at the Queen Elizabeth Competition in Brussels with a dazzling performance of Paganini’s first concerto that included an outstanding interpretation of Sauret’s cadenza.