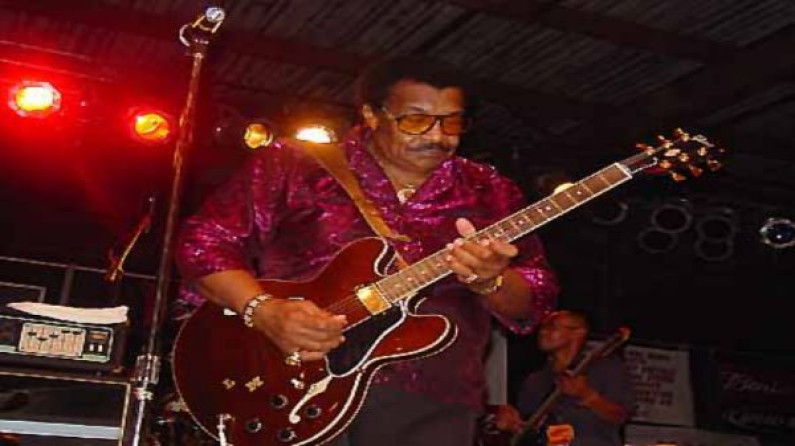 Milton was born James Milton Campbell, Jr., in the Mississippi Delta town of Inverness and raised in Greenville by a farmer and local blues musician. By age twelve he had learned the guitar and was a street musician, chiefly influenced by T-Bone Walker and his blues and rock and roll contemporaries.

In 1952, while still a teenager playing in local bars, he caught the attention of Ike Turner, who was at that time a talent scout for Sam Phillips’ Sun Records.

He signed a contract with the label and recorded a number of singles. None of them broke through onto radio or sold well at record stores, however, and Milton left the Sun label by 1955.

As a record producer, Milton helped bring artists such as Albert King and Fontella Bass to fame, while experiencing his own success for the first time. After a number of small format and regional hits, his 1962 single, “So Mean to Me,” broke onto the Billboard R&B chart, eventually peaking at #14.

Following a short break to tour, managing other acts, and spending time recording new material, he returned to music in 1965 with a more polished sound, similar to that of B.B. King.