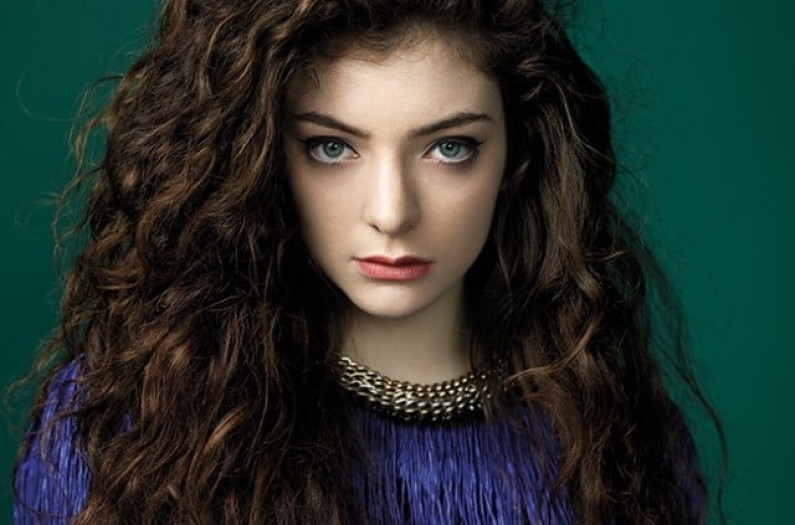 Ella Marija Lani Yelich-O’Connor (born 7 November 1996), known by her stage name Lorde, is a New Zealand singer and songwriter. Born in Takapuna and raised in Devonport, Auckland, she became interested in performing as a child.

In her early teens, she signed with Universal Music Group and was later paired with the songwriter and record producer Joel Little, who co-wrote and produced most of Lorde’s works. Her first major release, The Love Club EP, was commercially released in March 2013. The project charted at number two on the national record charts of Australia and New Zealand.

In mid-2013, Lorde released her debut single “Royals”. It became an international crossover hit, peaking atop the US Billboard Hot 100 and eventually made Lorde the youngest solo artist to achieve a US number-one single since 1987. Later that year, she released her debut studio album, Pure Heroine.

The record peaked atop the charts of Australia and New Zealand and charted at number three on the US Billboard 200. Its following singles include “Tennis Court”, “Team”, “No Better” and “Glory and Gore”. In 2014, Lorde released “Yellow Flicker Beat” as a single from the soundtrack for The Hunger Games: Mockingjay – Part 1.

Lorde’s music consists of the subgenres of electronica, pop and rock, including dream pop and indietronica. In 2013, she was named among Time?’?s most influential teenagers in the world, and in the following year, she made her way into Forbes?’?s “30 Under 30” list.

Lorde chose her stage name because she was fascinated with “royals and aristocracy”. However, she felt the name Lord was too masculine, thus she added an “e” to make it more feminine.

She described her public image as coming “naturally” to her.Her music is noted for the manner in which its view of pop culture is contrasted with that of her contemporaries, such as Miley Cyrus and Rihanna. Lorde is a self-identified feminist.

In a November 2013 interview with Q, Lorde expressed frustration about “certain things about music”: “There are a lot of shock tactics these days. People trying to outdo each other, which will probably culminate in two people fucking on stage at the Grammys.”Following the release of Pure Heroine, she also described herself as a “sex-positive” person, elaborating:

People like to paint me in a certain way, but I’m a hugely sex-positive person and I have nothing against anyone getting naked. For me personally I just don’t think it really would complement my music in any way or help me tell a story any better. It’s not like I have a problem with dancing around in undies—I think you can use that stuff in a hugely powerful way. It just hasn’t felt necessary for me.