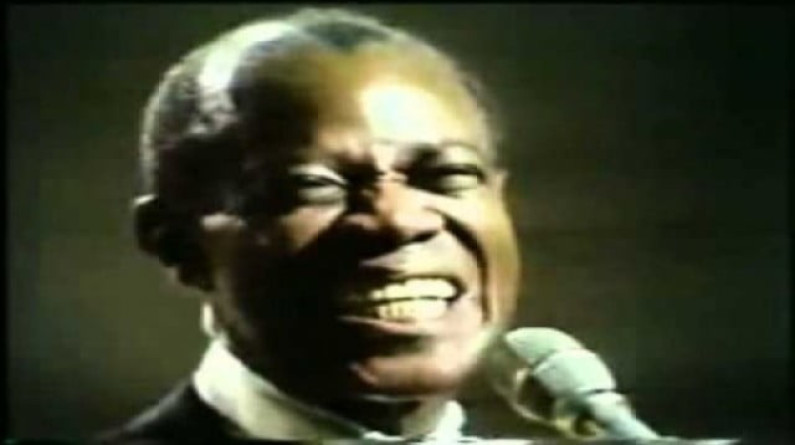 With Danny Kaye Armstrong performed a duet of “When the Saints Go Marching In” during which Kaye impersonated Armstrong. Armstrong also had a part in the film alongside James Stewart in The Glenn Miller Story in which Glenn (played by Stewart) jammed with Armstrong and a few other noted musicians of the time.

Many of Armstrong’s recordings remain popular. More than four decades since his death, a larger number of his recordings from all periods of his career are more widely available than at any time during his lifetime.

His songs are broadcast and listened to every day throughout the world, and are honored in various movies, TV series, commercials, and even anime and video games. “A Kiss to Build a Dream On” was included in the video game Fallout 2, accompanying the intro cinematic.

It was also used in the 1993 film Sleepless in Seattle and the 2005 film Lord of War. “Melancholy Blues,” performed by Armstrong and his Hot Seven was included on the Voyager Golden Record sent into outer space to represent one of the greatest achievements of humanity.