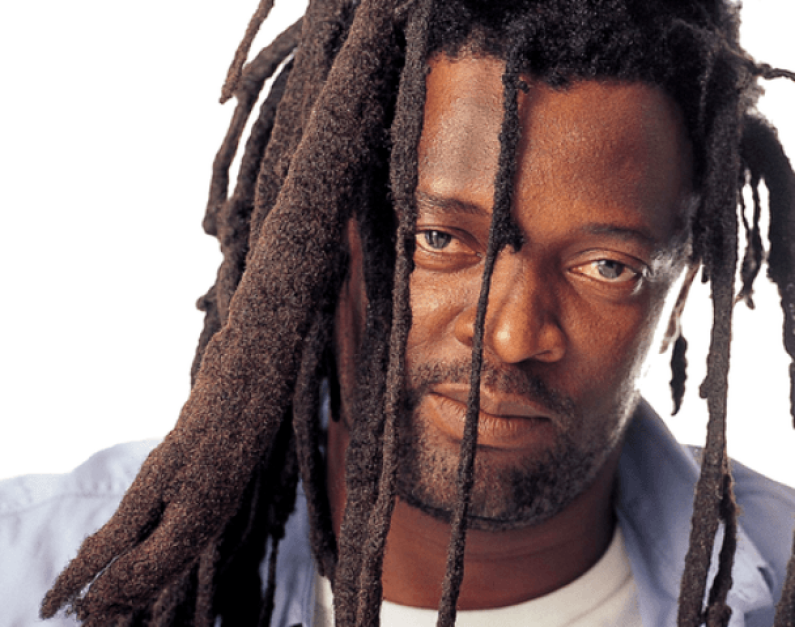 Lucky Philip Dube (pronounced doo-beh) (3 August 1964 – 18 October 2007) was a South African reggae musician and Rastafarian. He recorded 22 albums in Zulu, English and Afrikaans in a 25-year period and was South Africa’s biggest-selling reggae artist.Dube was murdered in the Johannesburg suburb of Rosettenville on the evening of 18 October 2007.

Lucky Dube was born in Ermelo, formerly of the Eastern Transvaal, now of Mpumalanga, on 3 August 1964. His parents separated before his birth and he was raised by his mother who named him Lucky because she considered his birth fortunate after a number of failed pregnancies.

Along with his two siblings, Thandi and Patrick, Dube spent much of his childhood with his grandmother, Sarah, while his mother relocated to work. In a 1999 interview, he described his grandmother as “his greatest love” who “multiplied many things to bring up this responsible individual that I am today.”

Beginning of his musical career

As a child Dube worked as a gardener but, as he matured, realizing that he wasn’t earning enough to feed his family, he began to attend school. There he joined a choir and, with some friends, formed his first musical ensemble, called The Skyway Band. While at school he discovered the Rastafari movement.

At the age of 18 Dube joined his cousin’s band, The Love Brothers, playing Zulu pop music known as mbaqanga whilst funding his lifestyle by working for Hole and Cooke as a security guard at the car auctions in Midrand. The band signed with Teal Record Company, under Richard Siluma (Teal was later incorporated into Gallo Record Company).

Though Dube was still at school, the band recorded material in Johannesburg during his school holidays. The resultant album was released under the name Lucky Dube and the Supersoul. The second album was released soon afterwards, and this time Dube wrote some of the lyrics in addition to singing. It was around this same time when he began to learn English.