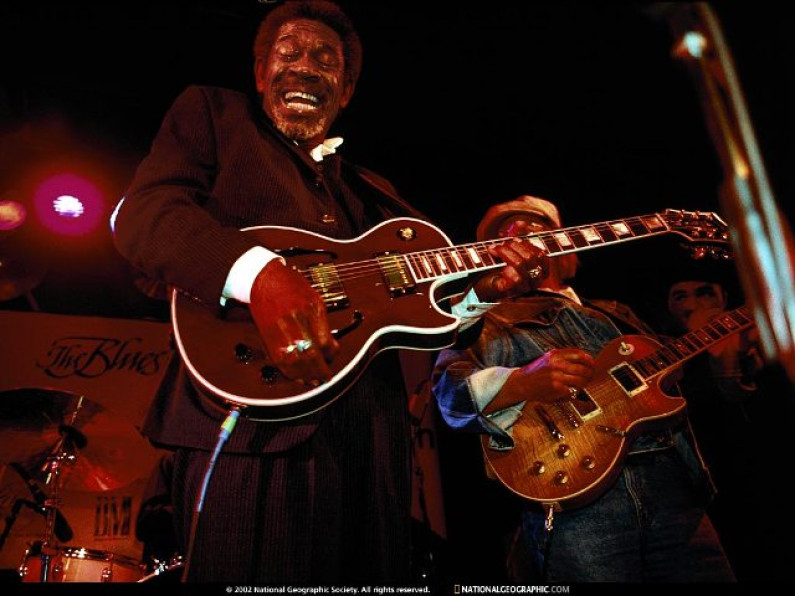 He taught himself guitar and began listening to blues extensively. Three years later he began hanging outside blues nightclubs with the hopes of being invited to perform. He played with Howlin’ Wolf’s band and backed James Cotton.

His big break came in 1957 when Howlin’ Wolf invited Allison to the stage. Freddie King took him under his wing and after King got his big record deal, Allison took over King’s house-band gig on Chicago’s west side. He worked the club circuit throughout the late 1950s and early 1960s and recorded his first single in 1965.

He was signed to the Delmark Records label in 1967 and released his debut album, Love Me Mama, the following year. A well-received set at the 1969 Ann Arbor Blues Festival resulted in his being asked to perform there each of the next three years. He also toured nationwide and, in 1972, was signed to Motown Records, one of the few blues artists to do so.

By the mid 1970s he began touring Europe and moved to France in 1977. Allison was known for his powerful concert performances, lengthy soulful guitar solos and crowd walking with his Gibson Les Paul.

Allison lived briefly during this period in Peoria, Illinois, where he signed briefly with Rumble Records, resulting in two live recordings, “Gonna Be a Live One in Here Tonight”, produced by Bill Knight, and “Power Wire Blues”, produced by George Faber and Jeffrey P. Hess.

Allison played the “bar circuit” in the USA during this period, spending eight months per year in Europe at high-profile venues, including the Montreux Jazz Festival. In 1992, he played as a duo with legendary French rock’n’roll star Johnny Hallyday for 18 shows in Paris, also playing during the intermission.