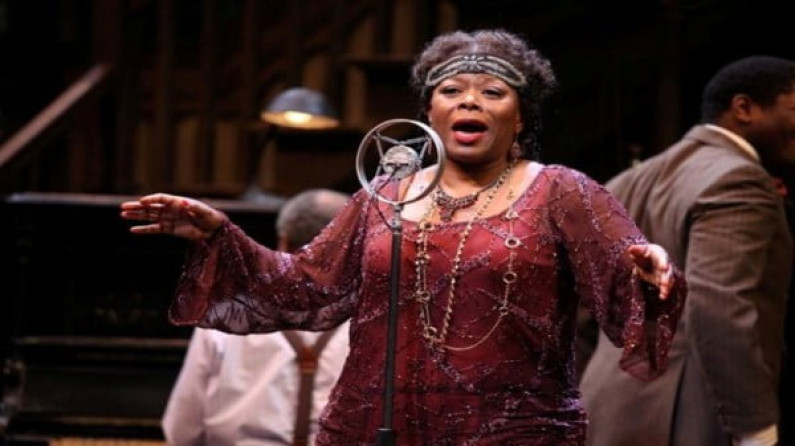 “Ma” Rainey (born Gertrude Malissa Nix Pridgett; c. April 26, 1886 – December 22, 1939) was one of the earliest known American professional blues singers and one of the first generation of such singers to record. She was billed as The Mother of the Blues.

She began performing as a young teenager (between the ages of 12 and 14), and performed under the name Ma Rainey after she and Will Rainey were married in 1904. They toured with the Rabbit Foot Minstrels and later formed their own group called Rainey and Rainey, Assassinators of the Blues.

Ma Rainey was known for her very powerful vocal abilities, energetic disposition, majestic phrasing, and a ‘moaning’ style of singing. Her powerful voice was never adequately captured on her records, due to her recording exclusively for Paramount, which was at the time known for its below-average recording techniques and poor shellac quality.

However, Rainey’s other qualities are present and most evident in her early recordings, Bo-weevil Blues and Moonshine Blues.

Rainey recorded with Louis Armstrong in addition to touring and recording with the Georgia Jazz Band. She continued to tour until 1935 when she retired to her hometown.

Gertrude Pridgett claimed to have been born on April 26, 1886 in Columbus, Georgia.(This can be questioned, however, as the 1900 census listing indicates she may have been born in September 1882 in Alabama.)

She was the second of five children of Thomas and Ella (née Allen) Pridgett, from Alabama. She had at least two brothers and a sister named Malissa, with whom Gertrude was later confused in some sources.