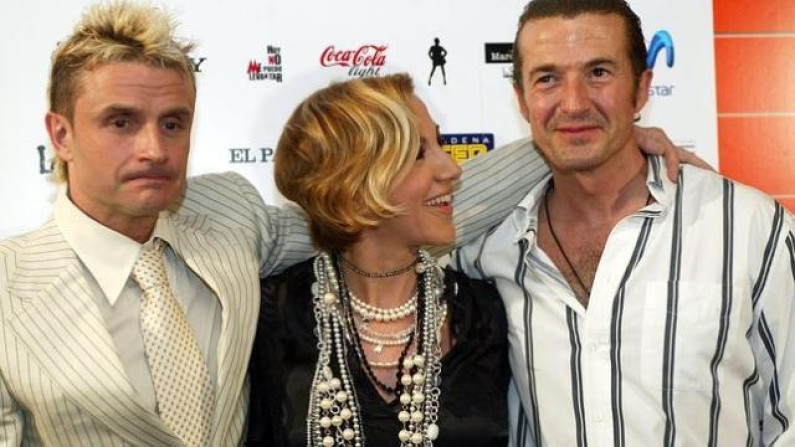 Mecano was a Spanish pop band formed in 1981 and active until 1992. Mecano became one of the most successful Spanish pop bands of all time. The band is still the best-selling Spanish band to this date, reaching over 25 million albums worldwide.They had a brief comeback in 1998. They were considered by some to be avant-garde for their time.

The trio’s musical career spanned two distinct stages. The first, up to 1985, was essentially as a synthpop band; while on the second stage Mecano followed a more acoustic pop rock direction, with elements of ballad, dance, flamenco, bossanova, tango, salsa, rumba, bolero, paso doble, and even reggae.

The unprecedented success also hit Latin America. Also, thanks to adaptations to other languages of several of their songs, they had an impact on non-Spanish speaking countries such as Italy and France, as with their Une femme avec une femme. That foreign song remains to this date the one which has been for the most weeks at the top of the French charts.

The band started as a synthpop ensemble (tecno pop in Spanish) by brothers Nacho and José María Cano, along with singer Ana Torroja, in 1981 in Madrid.

In a period of cultural experimentation in the newly democratic Spain, Mecano achieved its initial popularity with their debut single, «Hoy no me puedo levantar» («I Can’t Get Up Today»), a song about youth boredom and hangovers. Their first, self-titled album became a collection of classics that would later represent Spanish 1980s pop music.