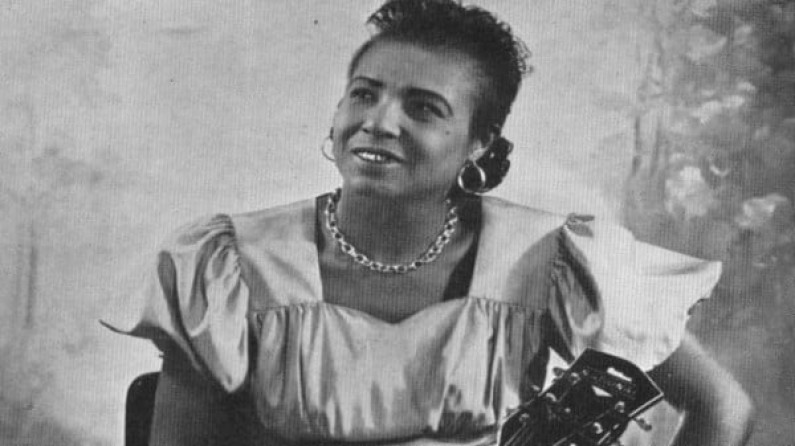 Lizzie Douglas (June 3, 1897 – August 6, 1973), known as Memphis Minnie, was a blues guitarist, vocalist, and songwriter whose recording career lasted from the 1920s to the 1950s. She recorded around 200 songs, some of the best known being “Bumble Bee”, “Nothing in Rambling”, and “Me and My Chauffeur Blues”. Her performances and songwriting made her well known in a genre dominated mostly by men.

Career
In 1910, at the age of 13, she ran away from her home to live on Beale Street in Memphis, Tennessee. She played on street corners for most of her teenage years, although she would periodically return to her family’s farm when she ran out of money. Her sidewalk performances led to a four-year tour of the South with the Ringling Brothers Circus from 1916 to 1920.

Eventually she came back to Beale Street and got involved in the blues scene. At the time, women, whiskey, and cocaine were high in demand with the people and places she would be around. She made her money by playing guitar, singing, and prostitution, which was not uncommon at the time, since many female performers also worked as prostitutes because of financial desperation.