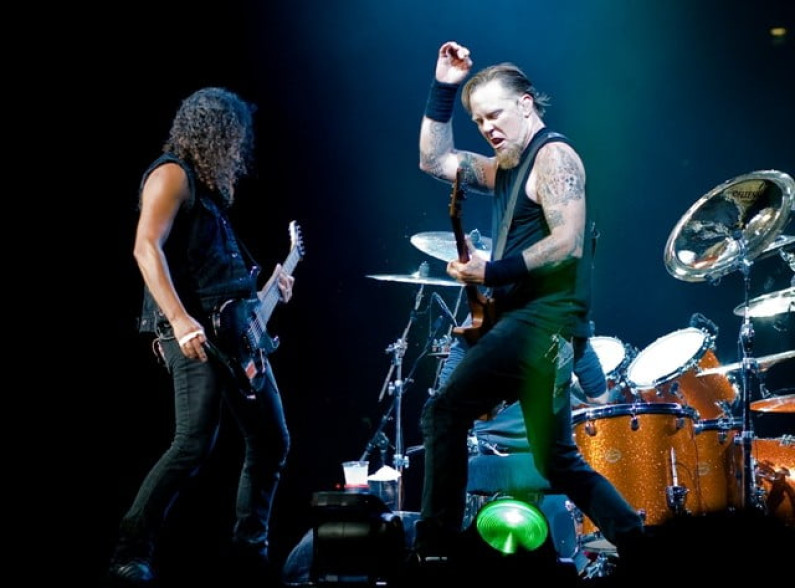 Lead guitarist Dave Mustaine and bassists Ron McGovney, Cliff Burton, and Jason Newsted are former members of the band. Metallica collaborated over a long period with producer Bob Rock, who produced all of the band’s albums from 1990 to 2003 and served as a temporary bassist between the departure of Newsted and the hiring of Trujillo.