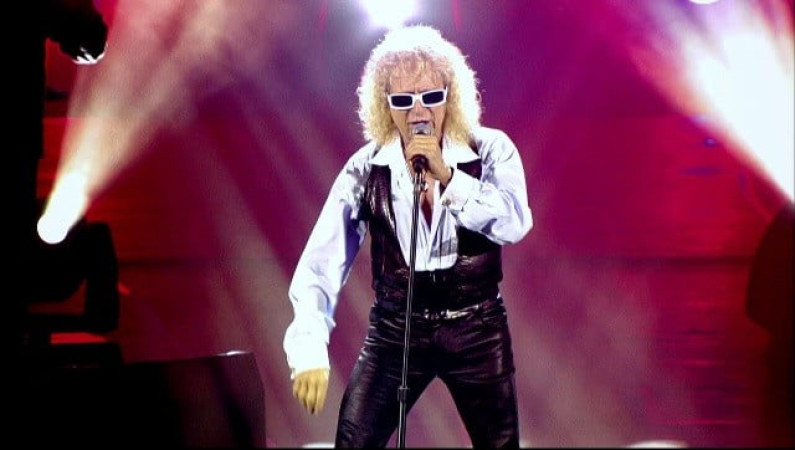 Michel Polnareff (born 3 July 1944, Nérac (Lot-et-Garonne, France) is a French singer-songwriter, who was popular in France from the mid-1960s until the early 1990s with his last original album, Kama-Sutra. Since then, without any proper new original album, he is still critically acclaimed and occasionally tours in France.

Michel was born into an artistic family: his mother, Simone Lane, was a dancer and his father, Leib Polnareff or Léo Poll worked with Édith Piaf. He learned piano by age five and was a very good music student.

He attended the Cours Hattemer, a private school. He learned the guitar, and after his studies, military service, and a brief time in insurance, he began to play his guitar on the steps of the Sacré Cœur.

In 1965, Polnareff won the Disco Revue prize in Paris. This victory let him record a disc at Barclay, but as part of the counterculture he turned down this opportunity.

It was Lucien Morisse, then director at Europe 1, who made him sign with AZ. His first disc, La Poupée qui fait non (1966), was an unexpected success.

Its new musical style and Polnareff’s atypical image, crossed borders. During this period, he played concerts in Brussels for one week sharing the bill with Jeff Beck.

Polnareff also played with his image: black glasses, fancy trousers, and ambiguous provocations. His song L’Amour avec Toi could not be played before 10 pm because it was considered “pornographic” at the time in France (the song is mild by today’s standards).