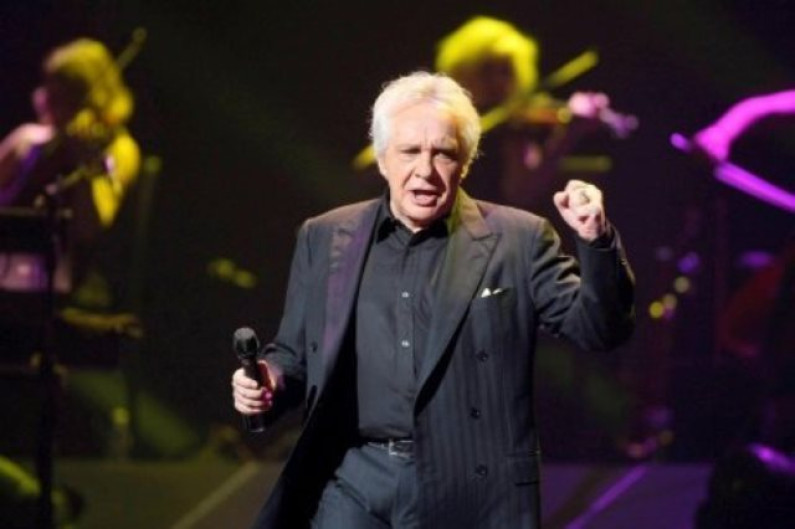 Michel Sardou (born 26 January 1947) is a French singer, songwriter and occasional actor. Sardou was born in Paris, the son of Fernand Sardou and Jackie Caron (Jackie Sardou). He is the grandson of the dramatist Victorien Sardou as well as father of the French novelist Romain Sardou and the actor Davy Sardou.

Another sometimes controversial theme found in some of his songs (“Les Ricains” and “Monsieur le Président de France” for example) is his respect and support for the culture and foreign policies of the United States of America.

He has been accused of being a racist due to his 1976 song “Le Temps des colonies”, where he sang positively about colonialism and slavery, but Sardou has always claimed the song was sarcastic.

He has concentrated on his homeland, rather than seeking an international audience, although his 1981 single “Les Lacs du Connemara” did manage to become a big international hit (especially in the Netherlands).

A number of his hit songs were written in collaboration with Jacques Revaux and Pierre Delanoë, a few others (most notably “En Chantant”) with Italian singer Toto Cutugno.

Even in the 21st century, Sardou remains quite popular in France, selling out eighteen consecutive dates at Palais Omnisports de Paris-Bercy in 2001, while his 2004 album Du plaisir went straight to the number one spot on the French album charts.

With a recording career of fifty years, Sardou has released 25 studio albums, 18 live albums and has recorded more than 340 songs (chiefly in French but also in Spanish, Italian or even English) and has sold nearly 90 million records.Currently he is considered such as one of the most popular artists in the Francophone world and one of the most efficient, both in sales and in his shows.

Sardou left the music scene to devote himself to acting and to his Théâtre de la Porte Saint-Martin.

But Sardou also proved that he had not given up his singer career. In 2004 he signed a contract with the record label Universal Music France for a new album entitled Du plaisir, he participated in the French television show Star Academy and he organised an international tour in 2004 and 2005, visiting France, Belgium, Switzerland and Canada.

On 13 November 2006, the double album Hors Format was released. This album includes twenty-three new songs, one of whom is a duet with Chimène Badi, “Le Chant des hommes” (“The Song of Men”). “Hors Format” has reached 400,000 copies sold and is a double platinum. In 2007, he started another tour, visiting venues like the Olympia and the Zénith de Paris.

He released the album Être une femme (2010) on 30 August 2010. Tracks include a electronic style remix by the DJ Laurent Wolf of his own 1980s hit “Être une femme”, and a duet with Céline Dion, “Voler” (“To Fly”).The subsequent tour meets with further success.

Les Grands moments (The Great Moments), a compilation album of his greatest hits, was released 22 October 2012. In 2012 and 2013 Sardou gave a show of the same name, showcasing his material all the way back to the mid-1960s. The show was staged at the Palais Omnisports de Paris-Bercy for three dates in December 2012 and five dates at the Olympia in June 2013. But medical issues forced Sardou to cancel the twelve last dates.