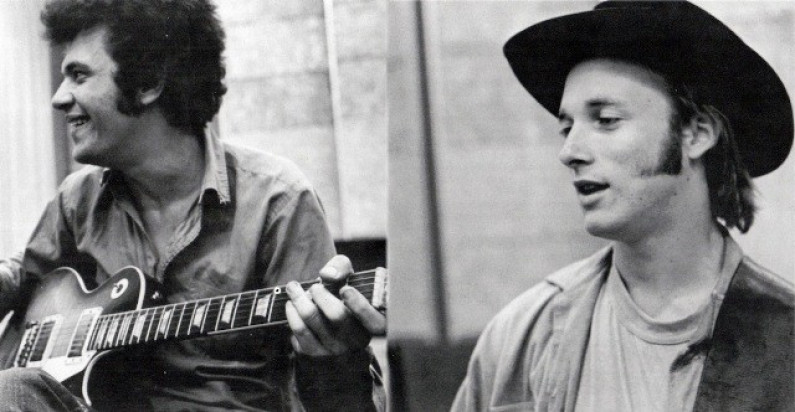 Al Kooper (born Alan Peter Kuperschmidt, February 5, 1944) is an American songwriter, record producer and musician, known for organizing Blood, Sweat & Tears (although he did not stay with the group long enough to share its popularity), providing studio support for Bob Dylan when he went electric in 1965, and bringing together guitarists Mike Bloomfield and Stephen Stills to record the Super Session album.

He has had a successful solo career since then, written music for film soundtracks, and has lectured in musical composition. He continues to perform live.

Kooper, born in Brooklyn, grew up in a Jewish family in Hollis Hills, Queens, New York. His first professional work was as a 14-year-old guitarist in the Royal Teens, best known for their 1958 ABC Records novelty 12-bar blues riff, “Short Shorts” (although Kooper did not play on the recording).

In 1960, he teamed up with songwriters Bob Brass and Irwin Levine to write and record demos for Sea-Lark Music Publishing. The trio’s biggest hits were “This Diamond Ring”, recorded by Gary Lewis and the Playboys, and “I Must Be Seeing Things”, recorded by Gene Pitney (both 1965). When he was 21, Kooper moved to Greenwich Village.

He performed with Bob Dylan in concert in 1965, including playing Hammond organ with Dylan at the Newport Folk Festival, and in the recording studio in 1965 and 1966.

Kooper also played the Hammond organ riffs on Dylan’s “Like a Rolling Stone”. It was in those recording sessions that Kooper met and befriended Mike Bloomfield, whose guitar playing he admired. He worked extensively with Bloomfield for several years. Kooper played organ once again with Dylan during his 1981 world tour.