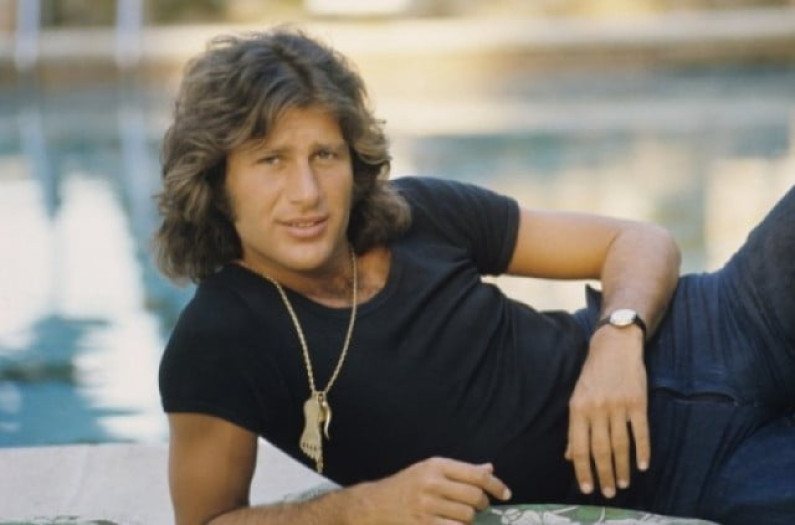 Mike Brant  (February 1, 1947 – April 25, 1975) was an Israeli pop star who achieved fame after moving to France. His most successful hit was “Laisse-moi t’aimer” (“Let me love you”). Brant committed suicide at the height of his career by jumping from the window of a Paris apartment.

Mike Brant’s parents were Holocaust survivors from Poland. His mother, Bronia Rosenberg, originally from Lódz, was a survivor of the Auschwitz concentration camp. His father, Fishel Brand, from Bilgoraj, had been a resistance fighter during World War II, and was 20 years his wife’s senior.

His parents married following the war, and they applied to emigrate to Mandatory Palestine, but were initially denied permission. They attempted to reach Mandate Palestine by sea on an Aliyah Bet ship, and were sent to a British internment camp for illegal Jewish immigrants at Famagusta, on the island of Cyprus.

Mike was born in the British Military Hospital at Nicosia, Cyprus, on February 1, 1947. In September 1947, the family emigrated to Palestine after being included in a quota for Jewish immigration, and they arrived in Haifa, settling in a kibbutz in Galilee.

Mike Brant did not start speaking until six years of age, and very soon told his family and friends that when he grew up he’d be “a star… or a tramp!” At the age of 11 he joined his school choir.

When he was 17, Moshe Brand joined his brother’s band, “The Chocolates”, as lead singer. The band started at parties and cafés in Haifa and Tel Aviv and moved on to nightclubs in hotels. Brant sang in English and French, although he spoke only Hebrew.

In 1965, he changed his name from Moshe to Mike because it sounded more international. He was discovered by the Israeli impresario Yonatan Karmon, who signed him for a tour around the United States and South Africa that lasted almost a year.