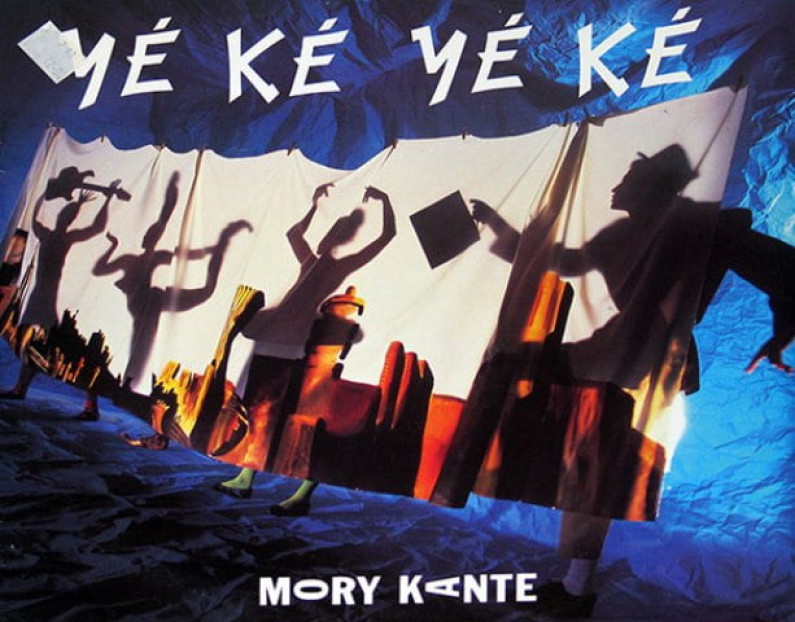 Mory Kanté (born 29 March 1950) is a Guinean vocalist and player of the kora harp. He is best known internationally for his 1987 hit song “Yé ké yé ké”, which reached number-one in Belgium, Finland, the Netherlands, and Spain.

He was born into one of Guinea’s best known families of griot (hereditary) musicians. After being brought up in the Mandinka griot tradition in Guinea, he was sent to Mali at the age of seven years – where he learned to play the kora, as well as important voice traditions, some of which are necessary to become a griot.

In 1971 Kanté became a member of the Rail Band, in which Salif Keïta was a singer. Keïta left the band in 1973, leaving Kanté as the singer.

In 1987, he released the song “Yé ké yé ké”, which was one of Africa’s best-ever selling hits as well as being a European number-one in 1988, making it the first ever African single to sell over one million copies.

Three songs from Akwaba Beach (1987) were referenced in three blockbuster songs in Hindi films. Yé ké yé ké is played in the background of the 1990 epic Agneepath, when Amitabh Bachchan’s character is in Mauritius.