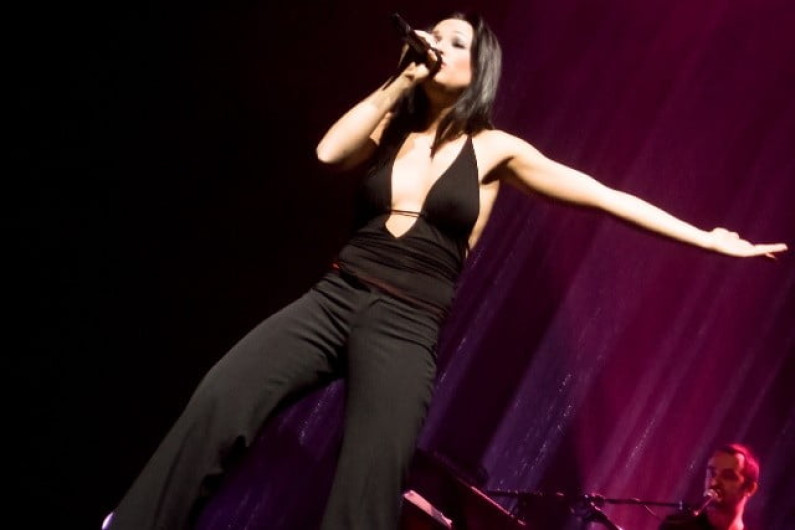 Natasha St-Pier (born 10 February 1981) is a Canadian singer of Acadian origin who has spent most of her career in France. She was coach in the 2nd and 3rd season of The Voice Belgique (The Voice of Belgium).

Natasha St-Pier released her first album, Emergence, in 1996, produced by composer/producer Steve Barakatt. In 2000, she made her international singing debut as Fleur-de-Lys in the London version of the musical drama Notre Dame de Paris.

She came fourth in the 2001 Eurovision Song Contest in Copenhagen, representing France with the power ballad Je n’ai que mon âme, later releasing an English version of the song: “All I Have Is My Soul”.

By 2010, she had released 7 albums, topped the French album and singles charts, and made it to the top 10 of the Eurochart Hot 100.St Pier has become popular in francophone Europe, and in countries such as Poland and Russia.

Her seventh album, Tu Trouveras: 10 Ans De Succès, which is largely a “Best of” compilation of her songs previously recorded, was released in November 2009. During 2010 she toured Canada, Belgium and France.

On 9 March 2012, she married her boyfriend of a year and a half, Gregory Quillacq, a Parisian fireman, at a private ceremony in Lit-et-Mixe.

Since September 2013, Natasha is the host of the television show “Les chansons d’abord” (first songs) to France 3. She was also one of the commentators of the Eurovision Song Contest 2014 for French television.In October 2015 St-Pier (now signed to musiclabel Smart) will release a new album called Mon Acadie, a collection of covers of traditional folk songs.