Neil Sadaka – You Mean Everything To Me 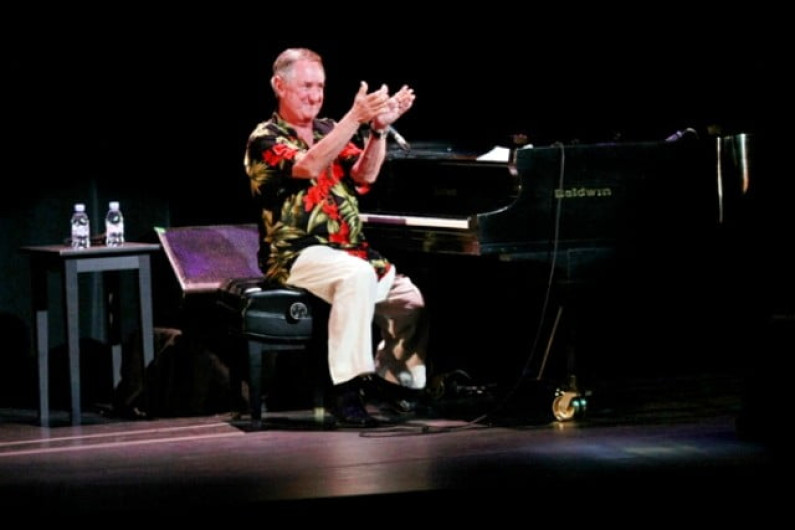 Neil Sadaka – You Mean Everything To Me

Since his music career began in 1957, he has sold millions of records as an artist and has written or co-written over 500 songs for himself and others, collaborating mostly with lyricists Howard Greenfield and Phil Cody.

He is best known as a solo vocalist as well as his brief tenure with The Tokens. Sedaka was born in Brooklyn, New York.

His father, Mac Sedaka, was a taxi driver and a Sephardi Jew of Turkish origin (“Sedaka” and “Sadaka” are variants of “tzedakah”, which translates in both Hebrew and Arabic as the word charity). Neil’s mother, Eleanor (née Appel), was an Ashkenazi Jew of Polish/Russian origin.

He grew up in Brighton Beach, on the shore of the Atlantic Ocean. Sedaka is a cousin of the late singer Eydie Gormé.

He demonstrated musical aptitude in his second-grade choral class, and when his teacher sent a note home suggesting he take piano lessons, his mother took a part-time job in an Abraham & Straus department store for six months to pay for a second-hand upright.

In 1947, he auditioned successfully for a piano scholarship to the Juilliard School of Music’s Preparatory Division for Children, which he attended on Saturdays.

His mother wanted him to become a renowned classical pianist like the contemporary of the day, Van Cliburn, but Sedaka was discovering pop music.

When Sedaka was 13, a neighbor heard him playing and introduced him to her 16-year-old son, Howard Greenfield, an aspiring poet and lyricist. They became two of the legendary Brill Building’s composers.

Sedaka and Greenfield wrote songs together throughout much of their young lives. When Sedaka became a major teen pop star, the pair continued writing hits for Sedaka and a litany of other artists.

When The Beatles and the British Invasion took American music in a different direction, Sedaka was left without a recording career. In the early 1970s, he decided a major change in his life was necessary and moved his family to Britain.

Sedaka and Greenfield mutually agreed to end their partnership with “Our Last Song Together”. Sedaka began a new composing partnership with lyricist Phil Cody, from Pleasantville, New York. After Sedaka returned to the United States, the Sedaka-Greenfield team eventually reunited and continued until Greenfield’s death in 1986.