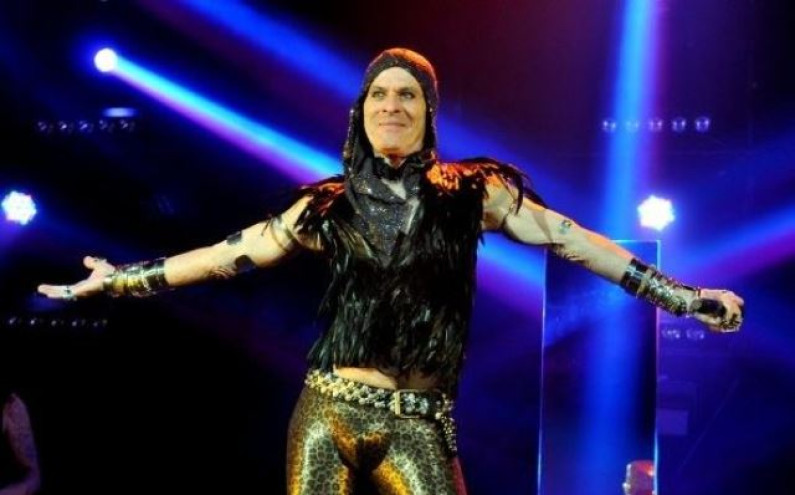 Matogrosso enlisted in the Brazilian Air Force at the age of 17, being later transferred to Brasília. Within a few years, Matogrosso started singing in a vocal quartet, performing at college festivals throughout Brazil.

With the hope of becoming a stage actor, Ney moved to Rio de Janeiro in 1966, where he lived as a hippie and made ends meet by selling arts and crafts.

In 1971, he moved to São Paulo, adopting the artistic name Ney Matogrosso, and joined the glam rock group Secos & Molhados, which in less than 18 months became a phenomenon, selling 1 million records. Endowed with a unique counter-tenor voice and a striking stage presence, Ney’s career soared.

Famous for his outlandish costumes, make-up, daring movements and singular high-pitched voice, Ney has always been regarded as a controversial character. One of his greatest hits was the song “Homem com H” (by Antônio Barros).

In 1986, Matogrosso performed for the first time without wearing fancy costumes, adopting a low-key image. Since then, he has focused on his work as a singer, recording from the traditional repertoire of MPB (Música popular brasileira — the so-called Brazilian pop music genre).

Ney toured with guitarist Raphael Rabello, with whom he recorded the album “À Flor da Pele” in 1990. Then, he made two albums as a tribute to Brazilian performers/songwriters, like Ângela Maria (“Estava Escrito”, 1994) and Chico Buarque (“Um Brasileiro”, 1996).