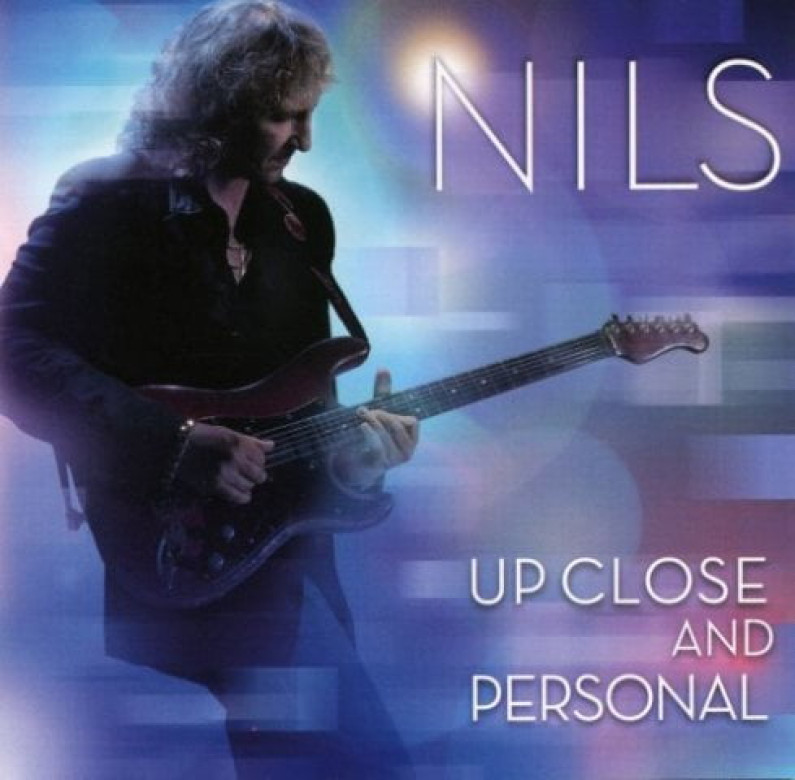 Nils (pronounced: Neels)
Born: October 29, 1960
Fully living up to the title of a popular instructional book he once wrote called “How To Make Your Guitar Talk,” Nils was the smooth jazz story of 2005, breaking through to audiences across the country with the energetic title track from his Baja/TSR debut Pacific Coast Highway. Hitting #1 on the Radio & Records airplay chart, “Pacific Coast Highway” became the soundtrack of the summer, staying at #1 for seven weeks on its way to being named the most played song in the format in the U.S. and Canada for the year. The guitarist’s follow-up single “Summer Nights” remained in the Top 5 for six months on the same chart and became his 2nd #1 hit.

Inspired by this success, Nils enters 2007 Ready To Play once again with an exciting new collection that keeps his crisp and edgy electric guitar front and center while expanding his pop, jazz and R&B driven musical palette even further. Confirming his desire to get back out on the road and perform at prominent jazz festivals this summer after playing over 30 concerts last year (including the Lexus Jazz Festival in Newport Beach and the Catalina Island Jazz Trax Festival), his perfect choice for the album’s first radio single is the instantly infectious, funky and percussive “Ready To Play.” Other key tracks are the optimistic, sensual midtempo number “Just Smile,” the dreamy and ambient, wordless vocal tinged “Catnap” (which taps into Nils’ fascination with electronic music), the old school soul-inflected funk of “Sunrise On Sunset” and the brash and bouncy, hard grooving “Hi Five.”

“The most important thing I learned from the success of PCH,” he says, “was that everyone likes a good groove and you’ve got to make them move. And of course, there’s no substitute for a good song with a great melody. That’s what I always strive for. If I come up with a strong hook and it starts getting to me, I know I’m on the right track. The most important thing was to make sure Ready To Play featured my best writing and playing from start to finish. I love the fact that it incorporates all of my favorite styles. One of the main reasons I got into jazz was because I loved playing jazz guitar. My pop sensibilities are there in the songwriting, and my R&B background is the force behind all the grooves. All of those elements play a part in making this even a better album than Pacific Coast Highway.”

In addition to displaying his powerful and lyrical songwriting and versatility as a guitarist, Nils–who recorded the basic tracks for the album in his fully equipped home studio, located in a very secluded area of Los Angeles– wanted Ready To Play to capture the ensemble energy of his live performances. The 12-track-collection features all of the members of his current touring band: bassist Alex Al, keyboardist Leon Bisquera, drummer Donnell Spencer, Jr., synth player and singer Clydene Jackson and percussionist Oliver Brown. Jackson and Brown are also part of the jazz vocal trio Gravity, whose debut album Nils recently produced.

Other featured first-call sidemen on Ready To Play include bassists Roberto Vally, Dwayne “Smitty” Smith and Reggie McBride and keyboardist Larry Dunn. Some of the colorful background vocals on Nils’ sparkling, jazz/gospel- flavored twist on “My Girl” are provided by Carmen Twillie, who sang lead vocals on the classic “Circle of Life” in the film The Lion King.

Born and raised in Munich Germany, Nils picked up his first guitar as teenager. While his first inclinations were to follow the lead of his idols Deep Purple and Led Zeppelin, it wasn’t until he was introduced to funk music that he was hooked; he spent “endless nights” learning and copying rhythm players like Nile Rogers, Al McKay and Paul Jackson, Jr. “But growing up in Germany,” he says, “the chances to become a full time musician were rather slim, unless you wanted to play Top 40 or polkas. The schooling options were either a strictly classical Conservatory or a small private music school.”

Moving to L.A. in the mid-80s, he began studying composition, arrangement and film composition. While making inroads into the competitive field of film and television, he got his first job as a teacher at the legendary Valley Arts Music Store; no matter how busy he’s become over the years as the various facets of his career–sideman, film composer and now solo artist–have taken off, Nils still loves to give back by teaching young guitarists. While acquiring his current production skills as a studio engineer in the 90s, he started doing sessions as a rhythm guitarist for everyone from Rick Braun to The Temptations and George Benson. Nils contributed as a musician and co- writer of “Keep Rollin’” on Benson’s 1998 album Standing Together, and the guitar and vocal legend returned the favor by playing a duet with Nils on Nils’ 1998 debut CD Blue Planet; Blue Planet also featured performances by Gerald Albright, Nathan East and the late vocalist Carl Anderson.

Since producing music for the independent film “Beyond The Ring” and working as Music Editor on the Fox sitcom Undeclared, Nils has been Music Editor for the show Weeds for the past two years and has composed for the Independent Spirit Awards for the past three; he is currently scoring a documentary and composing and adding soundscapes for a multimedia DVD project entitled Transmuteo.

“As much as I’ve loved creating music in the studio all these years, I realized when I started to play concerts and festivals last year that I’d been missing the ying to my yang, so to speak,” he says. “It’s been a wonderfully validating experience. I’ve enjoyed the travel and the opportunity to play for so many people who enjoy what I do. That’s the reason I started making music in the first place, to communicate, and it’s been so enjoyable to bring my music to a wider audience. I’m looking forward to getting out there again, and, like the title of the album says, I’m seriously Ready To Play.”