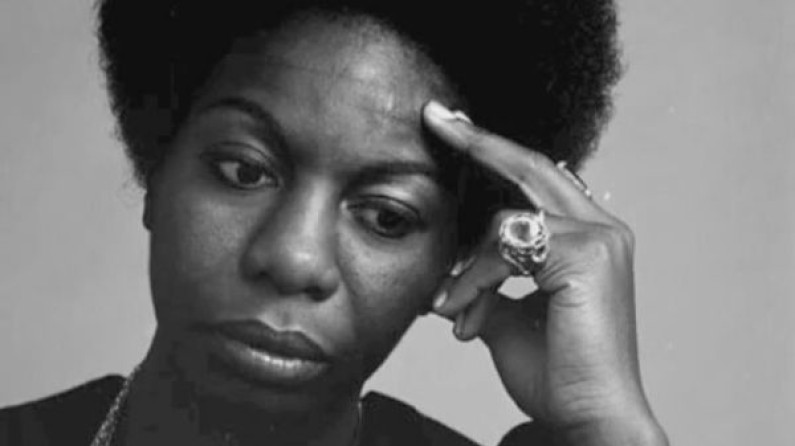 The sixth child of a preacher’s family in North Carolina, Simone aspired to be a concert pianist. Her musical path changed direction after she was denied a scholarship to the prestigious Curtis Institute of Music in Philadelphia, despite a well-received audition. Simone said she later found out from an insider at Curtis that she was denied entry because she was black.

So as to fund her continuing musical education and become a classical pianist, she began playing in a small club in Philadelphia where she was also required to sing. She was approached for a recording by Bethlehem Records and her rendering of “I Loves You, Porgy” was a hit in the United States in 1958.

Over the length of her career Simone recorded more than 40 albums, mostly between 1958, when she made her debut with Little Girl Blue, and 1974.

In the early 1960s, she became involved in the civil rights movement and the direction of her life shifted once again. Simone’s music was highly influential in the fight for equal rights in the United States.