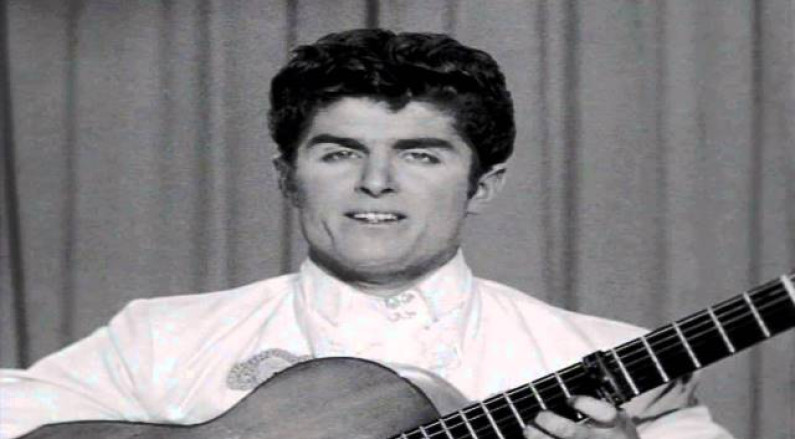 Nino de Murcia (at times also Niño de Murcia) is a renowned French flamenco singer and guitarist known for his Spanish / Latin songs.He was signed to Disques Festival label that released most of his recordings. He sang mainly in Spanish, but also released a number of songs in French and a number of other languages and was famous in Europe and internationally, notably in Europe, Africa and the Middle East. His songs “El Emigrante” and “Esperanza” remain iconic songs of the early 1960s in France.

First mentioned in literature in 1774, the genre originates in Andalusian music and dance styles.Flamenco is strongly associated with the gitanos (Romani people of Spain) – however, unlike Romani music of eastern Europe, the style is distinctively Andalusian and the fusion of the various cultures of southern Spain is clearly perceptible in Flamenco music.

Although there are many theories on its influences and origins, the most widespread highlights a Morisco heritage, the cultural melting pot that was Andalusia at the time (Andalusians, Moors, Castilian settlers, Romanis and Jews) fostering its development over time.

Flamenco music, as a theatrical representation of Andalusian musical tradition, was first recorded in the late 18th century but the genre underwent a dramatic development in the late 19th century.

In recent years, flamenco has become popular all over the world and is taught in many non-Hispanic countries, especially United States and Japan.

In Japan, there are more flamenco academies than there are in Spain.On November 16, 2010, UNESCO declared flamenco one of the Masterpieces of the Oral and Intangible Heritage of Humanity.

Music
There are many great guitartists who have dedicated their professional expertise and been a part of the Flamenco scene, such as Paco Pena, Paco De Lucia, Ramon Montoya, Pepe Romero, Pepe Martinez and The Romeros to name a few. They are the backbone of helping to create the ambiance to this much loved tradition of Spanish song and dance.