Nouvelle Vague – Dance With Me from 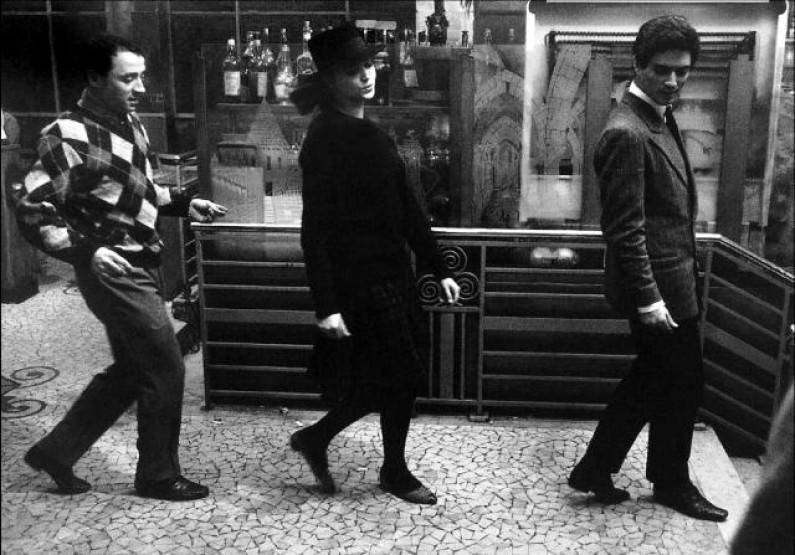 Nouvelle Vague – Dance With Me from

Nouvelle Vague is a French cover band led by musicians Marc Collin and Olivier Libaux. Their name means “new wave” in French. This refers simultaneously to their “Frenchness” and “artiness” (the ’60s new wave of the French cinema cult), the source of their songs (all covers of punk rock, post-punk, and new wave songs), and their use of ’60s bossa nova-style arrangements.

Members, former members and contributors include many French artists who are now very well known on their own and considered[by whom?] as part of what is now called the “Renouveau de la chanson Française” (Nouvelle Chanson): Camille, Phoebe Killdeer, Mélanie Pain, Marina Céleste, Nadeah Miranda and Gerald Toto. Mareva Galanter joined the roster of vocalists in 2010.

2004: Nouvelle Vague
On their first album, Nouvelle Vague, the group resurrected classics from the new wave music era, and reinterpreted them in a bossa nova style.

The songs were stripped back to acoustic arrangements with lithe shaker rhythms achieved by gathering a parade of singers from all over the world (six French, one Brazilian and one New Yorker) to cover bands including XTC, Modern English, The Clash, Joy Division, Tuxedomoon, The Cure, and The Undertones.

The various female singers on Nouvelle Vague only performed songs they had never heard before, to ensure that each cover would have a unique quality.