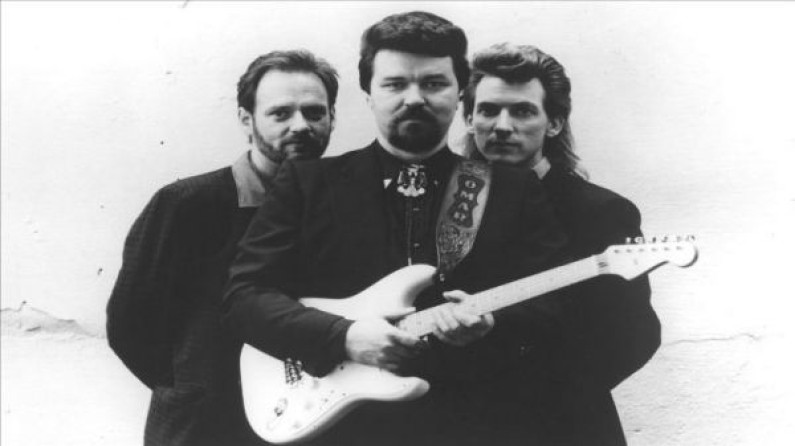 Omar & the Howlers is a Texas based electric blues and blues rock band, formed in Hattiesburg, Mississippi in 1973 by the blues guitarist and singer Omar Kent Dykes. Three years later they moved to Austin, Texas. The band has regularly toured European countries.

Dykes grew up in McComb, Mississippi, began playing the guitar at age 12 and started his first band at 13. In his 20s, he gathered a group of musicians who started calling themselves ‘the Howlers’.

They specialized in frat parties and were a party band, playing music that included both “R&B, R&R and even the occasional polka and western swing tune”. Dykes has said he remembers these days fondly. It was around this time that he started calling himself Omar and developed his penchant for the blues.

In 1976, the Howlers relocated to Austin, Texas, at the time sporting a bustling music scene, home to such up-and-coming artists as Stevie Ray Vaughan and Eric Johnson. After a year of gigging in Austin, the rest of the band quit, feeling that they were not cut out to play music full-time.

As they headed back to Mississippi, Dykes stayed and kept the name. He worked out a new lineup, and recorded the debut album Big Leg Beat for Amazing Records in 1980, just after fellow Austin band The Fabulous Thunderbirds. The record was a local hit and was followed by I Told You So.

It was not until 1987, however, when Dykes signed a recording contract with Columbia, that the band would succeed. That year saw the release of Hard Times in the Land of Plenty, that went on to sell over 500,000 copies.

The band now consisted of Dykes singing and playing the guitar, Bruce Jones on bass and Wes Starr on drums. Dykes and this rhythm section have been playing together off and on for over 30 years.