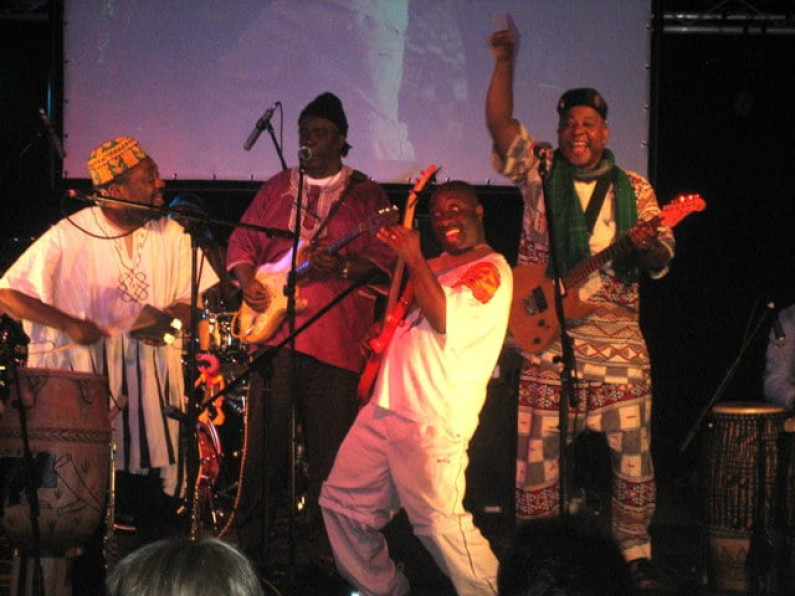 Osibisa are a British Afro-pop band, founded in London in 1969 by four expatriate African and three Caribbean musicians. Osibisa were one of the first African-heritage bands to become widely popular and linked with the world music description.

In 1962 Osei moved to London to study music on a scholarship from the Ghanaian government. In 1964 he formed Cat’s Paw, an early “world music” band that combined highlife, rock, and soul. In 1969 he persuaded Amarfio and Tontoh to join him in London, and Osibisa was born.

The band spent much of the 1970s touring the world, playing to large audiences in Japan, Australia, India, and Africa. During this time Paul Golly (died 1977) (guitar) and Ghanaians Daku Adams ‘Potato’ (died 1995) and Kiki Gyan (died 2004) were also members of the band.

In 1980 Osibisa performed at a special Zimbabwean independence celebration, and in 1983 were filmed onstage at the Marquee Club in London. Changes in the music industry however (punk and disco primarily) meant declining sales for the band, and a series of label changes resulted.

The band returned to Ghana to set up a recording studio and theatre complex to help younger highlife musicians. In the 1990s their music was widely anthologized in many collections, most of them paying no royalties whatsoever to the band.