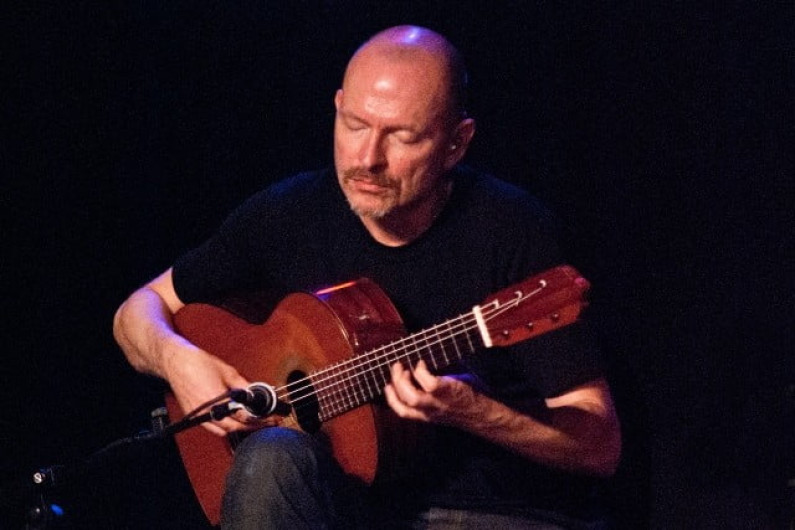 Ottmar Liebert (born February 1, 1959) is a German guitarist, songwriter, and producer best known for his Spanish-influenced easy listening music. A five-time Grammy Award nominee, Liebert has received 38 Gold and Platinum certifications in the United States, as well as certifications in Canada, Australia, and New Zealand. His debut album Nouveau Flamenco (1990) sold platinum in the United States.

Ottmar Liebert was born February 1, 1959 in Cologne, West Germany to a Chinese-German father and a Hungarian mother. As a child, he spent most of his time traveling throughout Europe and Asia with his family.

He began playing classical guitar at 11, and studying flamenco guitar at 14, after he “found a Flamenco LP in the bargain bin at a local supermarket”.

After performing rock music in his native Germany, he moved to the United States and settled in Boston for a few years, performing in various rock clubs. In 1986 Liebert settled in Santa Fe, New Mexico, where he began looking to create a new musical sound.

Liebert cites musical influences such as “Carlos Santana, Paco de Lucía, John McLaughlin, Robert Fripp, and Jeff Beck, others were horn players like Miles Davis”, although he cites “others yet were fine artists who taught me about space and brush strokes and dynamics and contrast”.

In 1989 Liebert founded the first incarnation of his band Luna Negra (black moon). That year he recorded a self-produced album titled Marita: Shadows and Storms.

The initial thousand copies were sold in the gallery of Santa Fe artist Frank Howell. When the record found its way to radio stations and began generating a response among listeners, Higher Octave Music picked it up and released a remastered version titled Nouveau Flamenco (1990). The album eventually sold double-platinum in the United States.

Liebert followed up his debut with several successful albums that continued and expanded his sound, including Borrasca (1991), Solo Para Ti (1992), and The Hours Between Night + Day (1993), all three earning Gold certification.

Liebert’s international success continued with ¡Viva! (1995) and Opium (1996), both of which earned Platinum status in the United States and Latin America.

Liebert has recorded with Luna Negra since 1989. Personnel in the band have changed regularly since then, with the only constant being bassist Jon Gagan.

Since 1990 Ottmar Liebert has released a total of 25 albums including live releases, Christmas CDs, 15 CDs of original music, a DVD, and various remixes. He has received 38 Gold and Platinum certifications in the USA as well as certifications in Canada, Australia, and New Zealand.

In 2006, Liebert contributed his song “This Spring Release 10,000 Butterflies” to the album project Artists for Charity – Guitarists 4 the Kids, produced by Slang Productions, to assist World Vision Canada in helping underprivileged kids in need.