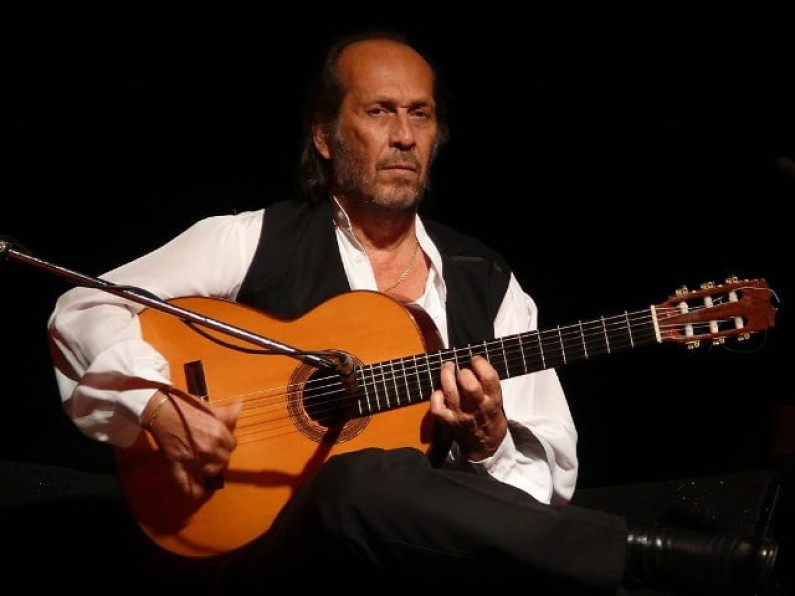 Francisco Gustavo Sánchez Gomez (21 December 1947 – 25 February 2014), known as Paco de Lucía , was a Spanish virtuoso flamenco guitarist, composer and producer. A leading proponent of the New Flamenco style, he helped legitimize flamenco among the establishment in Spain, and was one of the first flamenco guitarists to have successfully crossed over into other genres of music such as classical and jazz.

Richard Chapman and Eric Clapton, authors of Guitar: Music, History, Players, describe de Lucía as a “titanic figure in the world of flamenco guitar”, and Dennis Koster, author of Guitar Atlas, Flamenco, has referred to de Lucía as “one of history’s greatest guitarists.”
De Lucía was noted for his fast and fluent picados (fingerstyle runs). A master of contrast, he often juxtaposed picados and rasgueados (Flamenco strumming) with more sensitive playing and was known for adding abstract chords and scale tones to his compositions with jazz influences.

De Lucía formed the Paco de Lucía Sextet in 1981 with his brothers, singer Pepe de Lucía and guitarist Ramón de Algeciras, and collaborated with jazz pianist Chick Corea on their 1990 album, Zyryab. In 1992, he performed live at Expo ’92 in Seville and a year later on the Plaza Mayor in Madrid.